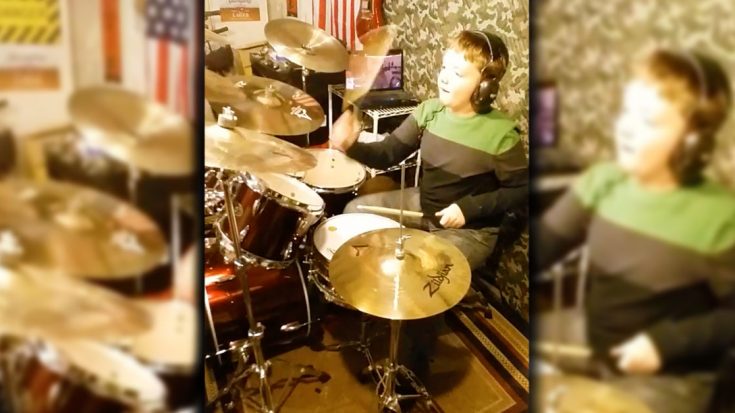 When we were kids, having our musical heroes discover us jamming from the comfort of our homes was about as far fetched as anything you could imagine – that sort of thing just did not happen. However, for 10 year old drummer Daniel Krilov, the age of social media allowed for him to connect with Metallica, his favorite band in the entire world, after a video he posted on Instagram wound up in the hands of drummer Lars Ulrich and subsequently posted on Metallica’s official Instagram account.

Daniel, who’s been playing the drums for two years, became a fan of Metallica after his father shelled out $5 for a copy of Ride The Lightning and hasn’t looked back. He posted a video of himself jamming to Metallica’s new single “Atlas, Rise!” on his personal Instagram page, hoping the band would see it but wasn’t at all expecting to see his own video posted to Metallica’s official Instagram account with the words, “Today’s fan cover comes from @djkdrums and features the young drummer jamming on ‘Atlas, Rise!’ Nice work dude!” attached.

Absolutely over the moon and boasting over 300,000 views on Metallica’s Instagram, Daniel still can’t believe his luck and neither can his father Andrej, who says that Daniel is “very happy that so many people want to see him play.”

Rock on, Daniel – we can’t wait to see what the future has in store for you!