10-Year-Old Girl Picks Up Guitar, But What She Does Next Is Mindblowing 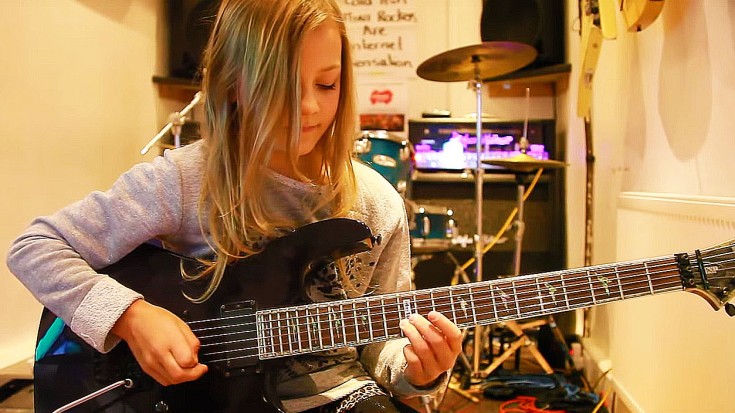 If this is whose tiny hands in which we’re leaving the future of music, I think we’ll be alright! 10-year-old Zoe Thomson is back and this time she’s taking on the impossibly fantastic guitar piece, ‘Canon Rock’– guys, I wasn’t ready for how nimble her little fingers are and the killer sound she’s able to produce! Absolutely amazing.

Endorsements And Shoutouts Galore, Oh My!
Zoe’s been tapped by Daisy Guitars and added to their artist roster, and her talent’s been noticed by some of music’s heavy hitters – Pink Floyd, Dream Theater, and even Metallica themselves have all shared her videos and tweeted their amazement at this young lady’s talent!

‘Canon Rock’, a rock arrangement of composer Johann Pachelbel’s ‘Canon In D’ was written and composted by Taiwanese composer and guitarist Jerry Chang – better known as JerryC – in 2005.

The best part is how much fun she’s having – it’s only her first run at ‘Canon Rock’, but she’s so incredibly confident and willing to just go with whatever comes out of her guitar. It’s with this cover that she joins the ranks of other talented YouTubers that dared to make the leap and tackle this killer composition. Great job, Zoe!