10 Short-Lived and Forgotten TV Series From the ’70s 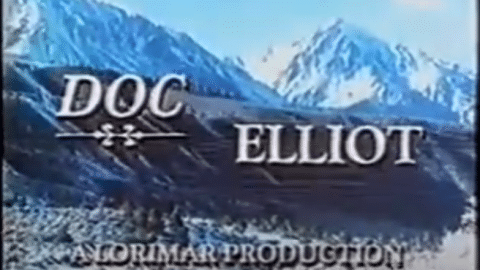 Some TV shows continue to air decades after their premiere while others aren’t so lucky. For this list, we’re taking a trip down memory lane and revisiting ’70s TV series that were short-lived and now largely forgotten.

This sitcom aired on ABC from September 14 to December 28, 1973. It’s a TV adaptation of the 1949 movie of the same name starring Spencer Tracy and Katharine Hepburn. It’s about a young assistant DA Adam Bonner and his wife Amanda who was a junior partner in a law firm. Because of their jobs, they often faced each other in the courtroom.

It was broadcast on CBS from September 23 to November 11, 1978. Rebecca Tomkins and Amy Waddell are reporters for news magazine The American Report. The pair travel around the country in a van where they can work on their stories. Sometimes, their investigations require them to go undercover.

It aired on CBS from September 16 to December 30, 1971. It’s set in 1914 and the whole show mostly centers on the use of a 1914 Stutz Bearcat automobile, thus the title. At the time, automobiles weren’t exactly uncommon but a $2,000 sports car was rather rare in the remote parts of Western US.

Aired on CBS from January 31 to May 16, 1977, it’s about an investigative reporter working for a major metropolitan newspaper who uncovers corruption in New York City.

Aired on CBS from April 8 to April 29, 1978 and only had four episodes, it’s about a middle-class man who wants to support his family with his income alone. Their financial situation, however, requires his wife to take on a job. Even so, they still struggled. The man’s mother, who lives with them, makes things complication with her constant criticisms.

It ran from January 17 to April 11, 1974 on ABC. It follows the activities of two flying police officers in a helicopter, a Bell 206 JetRanger.

It was broadcast on NBC from November 2, 1978 to July 12, 1979. It’s a spin-off of Police Story and follows an undercover cop who infiltrates a high-school drug ring.

This medical drama series aired from October 10, 1973 until May 1, 1974 on ABC. It’s about a successful New York City doctor Dr. Benjamin R. Elliot who leaves Bellevue Hospital to take on a new job as a physician in Colorado where he has to go on house calls.

It ran from March 5 to May 14, 1977 on ABC. It’s about two officers with the Los Angeles Police Department who successfully captured criminals.

Aired on ABC from January 17 to August 1, 1974, it’s set in a small inner-city fire station in Los Angeles.