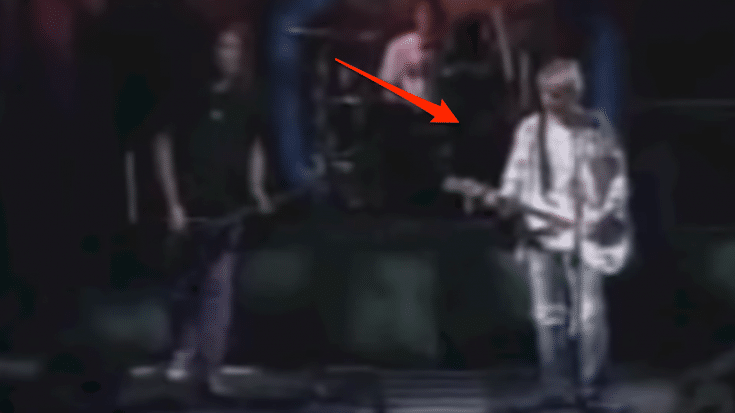 In a world of electronic music, it’s no wonder some of these musicians reacted the way they did in this compilation. They just want to play. They just want to play what they want to play, and want people to hear their message. Obviously mainstream television and media are going to naturally try to keep rock performers in-check just by the nature of how rock music goes sometimes. Rockstars can be unpredictable in their rebel nature.

The image above is from the iHeart Radio 2012 show where Billy Joe Armstrong WENT OFF when he saw the “1 Minute” sign in the back.

For an example, in the first clip, you can see Kurt Cobain of Nirvana totally trolling their time on set. Reason is, they didn’t appreciate having to play with a backing track. To a lot of musicians, especially talented ones, it’s almost a slap in the face. Not being able to control and feel the energy at your finger tips and just being forced to lip sync or have the track run. Kurt starts singing an octave lower in a sluggish, sarcastic tone. Pretty epic.

Then you got Iron Maiden on the list. This one is on another level. Again, the show wanted them to use track and to protest, they thought it’d be funny to just switch up instruments during their performance and take turns lip syncing. Check it out: