What Happened When Beatlemania Ended 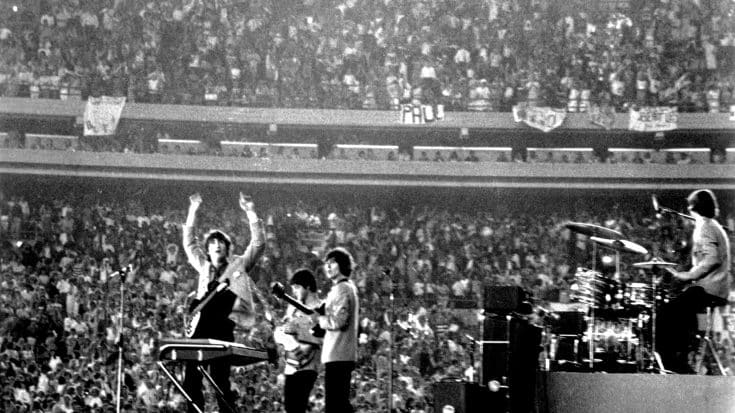 The Beatlemania swept the world by storm. This insane fan frenzy followed the band wherever they went. From screaming fans to baffling levels of hysteria – people practically worshiped the ground they walked on. From being innocent mop-tops to the more mature psychedelic musicians, everyone witnessed their musical evolution. They changed the rock ‘n roll game, one iconic album at a time.

Whether we liked it or not, we became invested in their lives. And so when they broke up, some of us took it personally. It wasn’t just about the four extremely talented boys anymore, it also became a pivotal moment in history because it signified the end of an era.

It was no secret that there was an almost palpable tension in the recording studios between The Fab Four. It was no ordinary skirmish too because George Harrison, the Quiet Beatle, had enough of Paul McCartney’s criticisms – so much so that he walked out. And of course, there was that weird vibe when Yoko Ono was allowed to stay while they were working on their album.

They ruled the world with their impressive catalog and they have become best pals what with being together for almost 24/7. But while they didn’t take their beefing publicly, fans were nervous with what could happen. There were already rumors that they’re about to split and we didn’t know what to make of it. But when they officially announced they were breaking up, nobody was really surprised.

There were several reasons why they eventually broke up and they were more than what they felt towards each other. John Lennon’s departure was a huge blow to them and McCartney was so upset he became reclusive for a while living in his farm. Then it got messy and complicated.

Not one of them wanted to stop making music but it was clear they had different creative pursuits and visions which made it impossible to work with each other again. They were angry and bitter enough to find it unbearable to be in the same room together. The joy and passion were being sucked out of them.

The Beatles were forerunners in rock ‘n roll innovation. They broke new grounds with their albums which showed how they were way ahead of their time. But when four massively talented musicians no longer have the dynamics, their collaborative relationship is bound to fail.

Their breakup was a huge bummer and the question on everyone’s minds was – where will they go from here? They experienced massive success as a band. So will their solo career take off too? Yes, it definitely did.

And that’s perhaps another way they made an impact not just in rock but music in general. It’s the fact that they managed to pursue solo projects successfully. Post-Beatles, they wrote and recorded iconic songs e.g. Lennon’s “Imagine”, Harrison’s “My Sweet Lord”, and McCartney’s “Maybe I’m Amazed.” It once again proved their lasting popularity and enduring influence.

Somehow, they made names for themselves as solo artists. George Harrison was George Harrison, not some guy who used to be with the Beatles. And even if they were no longer together, they accomplished what very few musicians can – move out of their colossal shadow as a band and emerge with successful solo careers.

Beatlemania Was More Than A Phase

The Beatles lived up to the hype. They weren’t overrated by any means and the proof lies in the fact that half a century later, we can still feel (and hear) their enduring legacy. It’s not just covers of their songs but even today’s musicians incorporate effects and techniques made popular by The Fab Four. Years after they broke up, there were plenty of films made which were inspired by them and of course, documentaries about them. Books were also written about their music and how it shaped rock ‘n roll.

In essence, Beatlemania didn’t actually end. Take for example how they keep selling records even at a time when physical copies of albums are no longer that popular. Back in 2010, they sold 2 million songs on their FIRST WEEK on iTunes. And these aren’t just from people who witnessed the Beatlemania fever. Until today, they remain lucrative – they can reissue one album after another and they will sell like pancakes.

“Yesterday” has also been covered over 2,000 times with every style and genre possible. That says a lot about how their songs transcend generations.

The surviving members of The Beatles may no longer experience the same craze in the 60s when thousands of fans would follow them around, deafening their ears with piercing and high-pitched screams. But while it has mellowed down, The Beatles’ impact on pop culture remains as massive as ever.

Sure, they broke up, went their separate ways and made their marks as solo artists. But at the end of the day, whether it’s individually or as a group, their legacy will always be unparalleled. You don’t need to look further than daily TV shows and YouTube videos. Singing competitions guarantee there are at least five people who will sing their songs. Other shows regularly pay tribute to them and their contribution to music. Books and films are still being made – most recently, a documentary film by Peter Jackson about the Let It Be recording sessions.

Whether we admitted it back then or not, they needed a break from each other. Their split was for the better all things considered. It did get ugly at first but at the end of the day, all’s well that ends well.