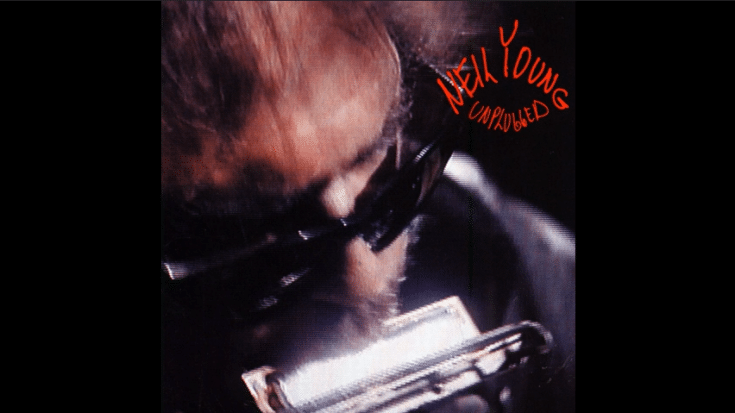 There’s no denying that Neil Young is a prolific songwriter. He has released hundreds of songs and dozens more are sitting in his vault just waiting to see the light of day. He lives, eats, and breathes music. Even at 74 years old, he’s still churning out new music and also releasing unreleased tracks from his archives. During the pandemic, he’s been keeping fans entertained with a series of at-home performances for his Fireside Sessions.

Neil Young has an extensive catalog and it’s just right that we look back at his rarities – musical gems that deserve more appreciation.

A haunting ballad, Young recorded it for his legendary unreleased 1977 studio album, “Chrome Dreams”. He played it a couple of times with Crazy Horse and included it on his setlist for MTV Unplugged in 1993.

In 1995, Young teamed up with Pearl Jam for the album “Mirrorball.” They served as his backing band and they even embarked on a short European tour.

8. Pushed It Over the End

Recorded during the Homegrown sessions, it was possibly planned to be included on a CSNY reunion LP but that did not happen for over a decade more. Originally titled “Citizen Kane Jr. Blues,” he introduced it at a concert saying: “I’d like to start with a kind of a quiet song.”

An odd one in his catalog, it first appeared on his 1977 compilation album “Decade.” For the past four decades, he only played 23 times.

It’s a song about the destruction of Los Angeles. Speaking about Los Angeles, Young said: “I just didn’t like the hustle and bustle of the entertainment business. Once I made it, I didn’t like to be there at all… I couldnt’ relax there. A little too fast. I’m fast–but I have to have slowness around me.”

One of his best deep cuts, it’s an autobiographical track which he recorded during a difficult time – after his longtime collaborator Danny Whitten died from overdose.

A charming number from his highly anticipated “Homegrown” album, it took over four decades for him to finally release it. Emmylou Harris provides backing vocals. Young performed it 20 times in 2007 and 2008.

Clocking in at ten minutes, it’s one of his strangest tracks. Over the years, there’s been some confusion about its meaning. Young himself admitted that some of his songs have definitive meaning while others don’t.

It’s an early version of “Crime in the City” which was originally twenty minutes long.