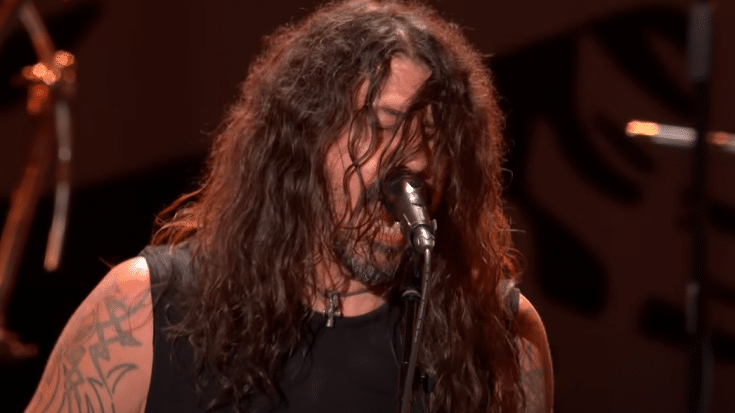 Over the following six hours, 50 songs were performed by over three dozen artists from different genres and decades. At the center, all the time, was Grohl’s personal grief; while no one onstage, backstage, in the crowd or watching elsewhere felt any different. Grohl took the lead every step of the way. Here are 10 special moments during the first tribute concert for Hawkins.

The opening and closing acts by Dave Grohl
Grohl looked like he couldn’t do it, but as soon as the band kicked in, it seemed like a massive weight had lifted from his shoulders. The closing performance was a solo rendition of “Everlong” from Grohl. The meaning of its lyrics changed forever as he sang the lines, “If everything could ever feel this real forever / If anything could ever be this good again / The only thing I’ll ever ask of you / You’ve got to promise not to stop when I say when.”

Wolfgang Van Halen covered Van Halen’s song
He came out to honor old friend Hawkins and honor his father, Eddie Van Halen, too. Following the success of Wolfgang’s debut Mammoth WVH album, many feel he has nothing left to prove, but his performance reached a more dramatic moment as he worked on with his dad’s music to lay two late icons to rest.

The technical noise during Brian Johnson and Lars Ulrich’s performance
It was possibly the most rock and roll part of the show when AC/DC singer Brian Johnson and Metallica drummer Lars Ulrich let it rip with their classics “Back in Black” and “Let There Be Rock” in a set that included mic and drum problems and a certain amount of technical inaccuracy.

Hawkins’ music influences: Rush and Queen
These two legendary bands had both made a huge impact to Hawkins and their surviving members during the show demonstrated a touch of age-and-wisdom attitude; it’s sad but true that those of us who are fortunate enough to live long find ourselves attending more and more funerals as time goes by.

Reuniting of Them Crooked Vultures on stage
This was the first time that the band played altogether after 12 long years. Despite attempting in the previous years and having an intermittent talk about it. However, when Josh Homme, John Paul Jones and Alain Johannes reconnected with Grohl on stage as Them Crooked Vultures, there was a beautiful ease that showed how they’d managed to work so well in the first place. They opened with a cover of Elton John’s “Goodbye Yellow Brick Road” and it landed brilliantly.

Kesha sang T. Rex classic
Kesha left everything but the animalistic side of rock behind her when she performed the T. Rex classic “Children of the Revolution” with Hawkins’ Chevy Metal colleagues.

The kids onstage
Violet Grohl covered two Jeff Buckley tracks then performed “Valerie” with Mark Ronson. Oliver Hawkins, Taylor’s son, provided another emotional moment as he proficiently hammered “My Hero” with the Foos. Nandi Bushell’s guest spot was another sweet but powerful moment. Homme’s young son running across the stage during the Vultures set, then being carried off at the end by his dad. Those kids reminded everyone that it was a family wake.

Pat Smear being there all the time
Bearing in mind that Smear was a touring member of Nirvana when Grohl lost Kurt Cobain, it was touching to see how he kept a watchful eye on his old friend as they both dealt with tragedy repeating itself. Smear hardly ever stopped smiling and in the difficult moments he was right there beside Grohl.

The production team
The Hawkins tribute show became notable for its very smooth production. The stage management team and all the various crew are to be congratulated.