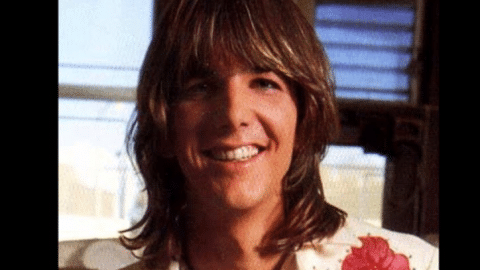 Gram Parsons had a short recording career. Even so, his impact and influence on music was tremendous. He fused country, rock and soul and called it “cosmic American music”.

For this list, we’ve compiled his best works as a member of the Byrds and Flying Burrito Brothers, and as a solo act.

Parsons wrote this with Bob Buchanan. They penned it while on a train ride from Florida to Los Angeles in early 1968. It’s also often considered as Parsons’ signature song.

Parsons wrote this about his breakup with then-girlfriend Nancy. Parsons took over the lead vocals, and it was one of his best vocal performances. It was featured on the album “The Gilded Palace of Sin”, the LP that influenced The Eagles.

3. Return of the Grievous Angel

Parsons worked with Boston poet Tom S. Brown for this. The lyrics were about homesickness, traveling, and life on the road. Emmylou Harris provided backing vocals.

Written by Rolling Stones members Keith Richards and Mick Jagger, Parsons was friends with the pair and he asked to record this song with his band. Richards and Jagger agreed so The Flying Burrito Brothers recorded it first before the Stones.

Although this was written in the mid-’60s, it wasn’t recorded until 1973. The guitar work and Parsons’ vocals are impeccable.

It was about Parsons’ plan to marry the mother of his daughter in ostentatious style, a plan which he eventually aborted. It was originally nine minutes long and the Flying Burrito Brothers rejected it.

He teamed up with Chris Ethridge for this track. The lyrics talked about a slave woman working in the cotton fields and a tale of doomed love.

With its lovely melody, it’s smooth and soothing. It’s something any country rock fan would put on repeat.

It’s a story of a man who came out of a breakup, then he went on downward spiral. He was saved from his addiction by a 17-year-old girl.

It’s yet another song about life on the road.