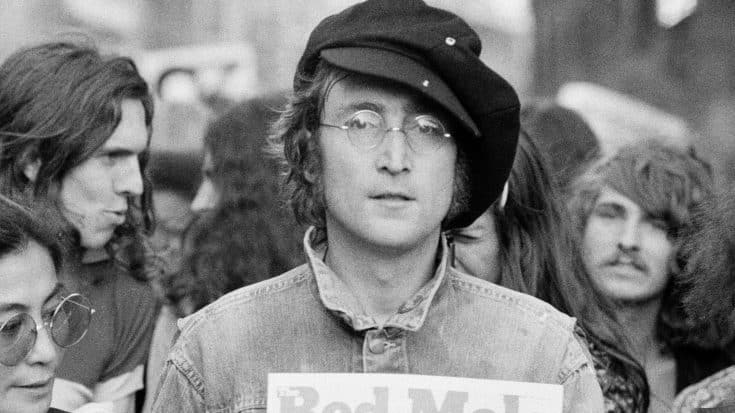 Before rappers and hiphop artists released one diss track after another, classic rock did it first. Back in the day, there were no Twitter beefs or social media feuds. You either had a brawl or did it passive-aggressive style – by making a song about them.

While there are those who like being cryptic as it adds intrigue and appeal to the track, others aren’t so shy about who the songs are for. So we’re listing down 10 of these rock ‘n roll tunes that you probably had no idea were made to diss someone else.

It’s basically for Courtney Love’s father whom she has claimed was abusive. According to her mother, her father Hank Harrison once fed LSD to a toddler Courtney. His father retaliated by releasing a book titled Love Kills: The Assassination Of Kurt Cobain which, you guessed it, allegedly proves she was involved in Kurt Cobain’s death.

This song was inspired by a negative review the band received while performing in their hometown on July 2001. It angered Thom Yorke because that was actually one of his favorite performances.

Although Marilyn Manson himself admitted this was about him, some speculated that it’s actually for Courtney Love. Trent Reznor told NME, “It’s about everybody that I thought was full of s–t at that time. There’s bit of those guys in there, of course, but it wasn’t solely meant to be a ‘F–k You Manson’ kind of song. It was also meant to be tongue-in-cheek and ridiculous and have a sense of humor.” Interestingly, the music video was co-directed by Manson.

Courtney Love sure isn’t the most lovable figure in rock ‘n roll because this song is allegedly, about her again. It was no secret that members of Nirvana including Dave Grohl aren’t that fond of Love. So Grohl wrote this about Love and Kurt Cobain’s relationship and their drug use. Although he never admitted it, Grohl did say in one interview, “It’s a song that’s written about feeling helpless to someone else’s demise. I’ve seen people lose it all to drugs and heartbreak and death. It’s happened more than once in my life, but the one that’s most noted is Kurt. And there are a lot of people that I’ve been angry with in my life, but the one that’s most noted is Courtney. So it’s pretty obvious to me that those correlations are going to pop up every now and again.”

It takes a shot at post-punk artists particularly singer-songwriter Gary Numan. David Bowie said, “What Numan did he did excellently but in repetition, in the same information coming over again and again, once you’ve heard one piece…. It’s that false idea of hi-tech society and all that which is… doesn’t exist. I don’t think we’re anywhere near that sort of society. It’s an enormous myth that’s been perpetuated unfortunately, I guess, by readings of what I’ve done in that rock area at least, and in the consumer area television has an awful lot to answer for with its fabrication of the computer-world myth.”

This has something to do with Trent Reznor’s song. Apparently, he blamed Courtney Love for destroying his friendship with Tori Amos. Thus, that’s where all the rumor began that this song is again about Courtney Love. Get this, “Starf**ker” also appears in the lyrics. However, Amos never confirmed whether the rumor is true or not.

John Lennon took aim at the Indian Guru Maharishi Mahesh Yogi after Yogi allegedly made sexual advances towards actress and fashion model Mia Farrow. Lennon said, “That was inspired by Maharishi. I wrote it when we had our bags packed and were leaving. It was the last piece I wrote before I left India. I just called him, ‘Sexy Sadie,’ instead of (sings) ‘Maharishi what have you done, you made a fool…’ I was just using the situation to write a song, rather calculatingly but also to express what I felt. I was leaving the Maharishi with a bad taste. You know, it seems that my partings are always not as nice as I’d like them to be.” But, Cynthia Lennon, Paul McCartney, and George Harrison didn’t believe this story.

It might sound like a guy falling out of love with his woman especially with the line “you’re acting like a girl with a false pregnancy.” Well, author Jerry Bloom revealed that Ian Gillan was actually dissing guitarist Ritchie Blackmore.

It’s a song about someone whom Bob Dylan thinks is committing fashion faux pas by wearing a leopard-skin pillbox hat. Most people believe Dylan is taking a swipe at actress and fashion model Edie Sedgwick – the It girl who starred in numerous Andy Warhol films in the ’60s. She became close to Bob Dylan and while some say she had a huge crush on him, Dylan denied being romantically involved with her.

It’s John Lennon’s response to jabs by Paul McCartney in his “Ram” album. Lennon admitted, “I used my resentment against Paul … to create a song … not a terrible vicious horrible vendetta … I used my resentment and withdrawing from Paul and The Beatles, and the relationship with Paul, to write ‘How Do You Sleep’. I don’t really go ’round with those thoughts in my head all the time.”