10 Classic Rock Hit Songs Not Sung By The Lead Vocalist 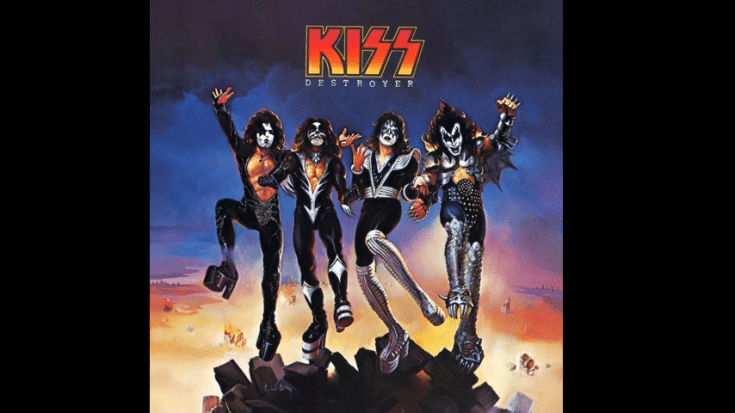 There are several rock acts with band members who are more than capable of stepping up and taking over the lead vocal duties. Take The Beatles for example, each one of The Fab Four got the chance to sing their classic hits. It could be the drummer, the bassist, or the guitarist. The thing is, it’s not uncommon. For some, it’s a huge risk to let the lead singer take a back seat and have someone else fill his shoes. But once done right, it could pay off nicely.

Just check out these ten songs.

It’s usually Bobby Kimball or Steve Lukather who sing their songs but for this massive hit, keyboardist David Paich recorded the lead vocals. He also co-wrote the track. He said, “I sang the chorus out as you hear it. It was like God channeling it. I thought, ‘I’m talented, but I’m not that talented. Something just happened here!'”

Prior to the release of their fifth single “No One Is Innocent”, The Sex Pistols already lost Sid Vicious and Johnny Rotten left the group too. So for this track, the vocals were done by Ronnie Biggs – a British criminal who helped plan and carry out the Great Train Robbery of 1963. It was a surprise hit as it peaked at #7 on the UK Singles chart.

One of their best known songs, it’s sung by keyboardist Paul Carrack who was with the band for only a year. Written by Chris Difford and Glenn Tilbrook, they both admitted that it’s their favorite track. It wasn’t a hit single upon its release though but it became popular because it was featured in commercials, films, and video games.

It’s their highest charting single in the US and also received gold certification from the RIAA. It was drummer Peter Criss who sang the ballad which was actually a last-minute addition to their fourth studio album, “Destroyer.”

Sung by Dave Davies, it was featured on The Kinks’ fifth studio UK album “Something Else by the Kinks” and Davies also released it as a solo single. It peaked at #3 on the UK charts. Davies explained, “One night I nodded off at a party and woke up and saw all these decadent people running around. I had a vision of being a circus clown. I thought, “What are we doing?” We were going from day to day to day like performing seals. And that’s where I got the idea for ‘Death of a Clown.’ I went back to me mum’s house with the same old out-of-tune piano and I plunked out three notes, and it turned into the song.”

In Heart, Nancy Wilson is on guitar while sister Ann is the singer but for the single “These Dreams” from their self-titled eighth studio album, it was Nancy who sung it. Penned by Bernie Taupin and Martin Page, it was initially offered to Stevie Nicks but she wasn’t interested. Heart liked it and agreed to record the song. When Nancy recorded it, she was under the weather and fighting a cold which resulted to a gravelly and raspy voice. It ended up becoming their first single to dominate the US Billboard Hot 100.

Instead of Mick Jagger on the microphone, it’s guitarist Keith Richards on lead vocals. Richards spent an entire afternoon writing the song. He recalled, “We did that in an afternoon, in only four hours, cut and done. At noon it had never existed. At four o’clock it was on tape.”

It’s a standout in their catalog because original bassist Randy Meisner is the one who sung it. It began as a solo composition but when Meisner had a hard time completing the song, Don Henley and Glenn Frey stepped in to help him. Frey said, “It was our first gold single, maybe our only gold single. I just remember being very happy for Randy. We had tried, unsuccessfully, to get a piece of material for him — or from him — that might be a hit single … We finally succeeded with ‘Take It to the Limit.'” It became a fan favorite and Frey would insist that Meisner perform it in their shows since people would go wild during the high notes. It eventually became one of the reasons why Meisner left the band.

The vocals were by drummer Don Brewer instead of their lead singer Mark Farner. It became an anthem and propelled the band to global stardom. It topped the US Billboard Hot 100 and was covered by numerous artists like Poison, Kid Rock, and Rob Zombie.

Their biggest hit, it’s guitarist Donald “Buck Dharma” Roeser on the microphone and not their lead vocalist Eric Bloom. Roeser said, “I felt that I had just achieved some kind of resonance with the psychology of people when I came up with that.”