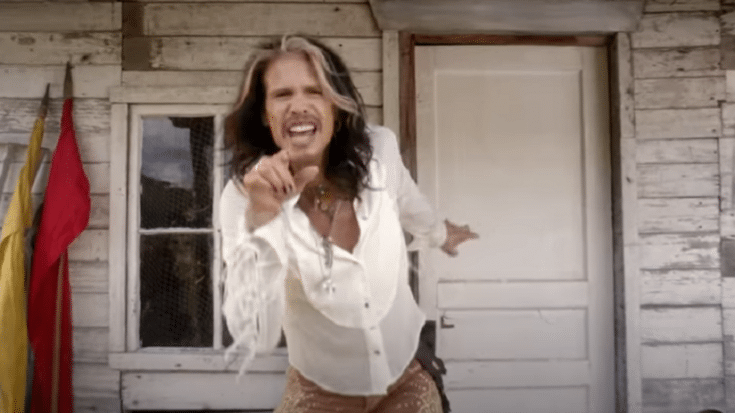 One of the Greatest Rock Frontmen

Steven Tyler is one of the most successful rockstars of all time. Currently worth $130 million, he’s known for his signature killer vocals that’s also easily recognizable. Although he’s best known as Aerosmith’s frontman, he  managed to stay relevant way past his heyday because of his solo projects. Now let’s look back at his unbelievable five-decade career.

1. Steven Tyler’s father was a classical musician and pianist. He even taught music at a high school which is why Tyler learned how to play the drums at a young age before focusing on singing. He also did drumming duties for his first band before finally fronting Aerosmith.

2. In fact, he was with his own band when he met future bandmates guitarist Joe Perry and bassist Tom Hamilton. He and Perry first saw each other at a restaurant in Sunapee, New Hampshire where Perry worked.

3. In the early years, Aerosmith was frequently compared to The Rolling Stones not just for their bluesy sound but because somehow, Tyler looked a lot like Mick Jagger. But for their third album “Toys in the Attic”, they found their style and they were catapulted to global stardom.

4. In the late ’70s, Tyler struggled with his drug use and it came to a point where Perry and rhythm guitarist Brad Whitford left the group. Tyler tried to keep going but he was creatively spent and could barely get things done.

5. Aerosmith made a stunning comeback in the ’80s thanks to an unlikely collaboration with Run-DMC for their classic hit “Walk this Way.” Prior to this, however, all the members of the band including Tyler entered rehab and already completed treatment by the mid-’80s.

6. He’s had a couple of health issues over the years. In 2006, he had to undergo a throat surgery which could have prevented him from singing ever again. Fortunately for him, it was a success and didn’t have a long-term effect on his career even though Aerosmith had to cancel several dates that year. Tyler also underwent multiple leg surgeries and suffered from a broken shoulder when he fell off a stage mid-performance.

7. He signed up to be an American Idol judge and stayed on the show for two years. It was rather controversial since his bandmates weren’t too pleased with his decision especially because he signed the contract without telling them first. Good thing they patched things up and Perry even appeared on American Idol to play “Happy Birthday” for Tyler.

8. His highly anticipated memoir title “Does the Noise in My Head Bother You?” hit the shelves in 2011 and it wasn’t long before it became a best-seller. As expected, there were some shocking revelations in the book like practicing Crowley Magick or possibly snorting acid in Woodstock 1969.

9. He released his debut solo studio album “We’re All Somebody from Somewhere” in 2016. He explored country music which was a surprise to fans. Although it landed the #1 spot on the US Top Country Albums, it only peaked at #19 on the US Billboard 200.

10. It was in 2018 when Tyler and Aerosmith signed up for a residency in Las Vegas at MGM’s Park Theater. They had to push back the dates because of the pandemic.