Zakk Wylde Tones It Down For Allman Brothers Style Smooth Jam That Is Unlike Anything He’s Done Before! 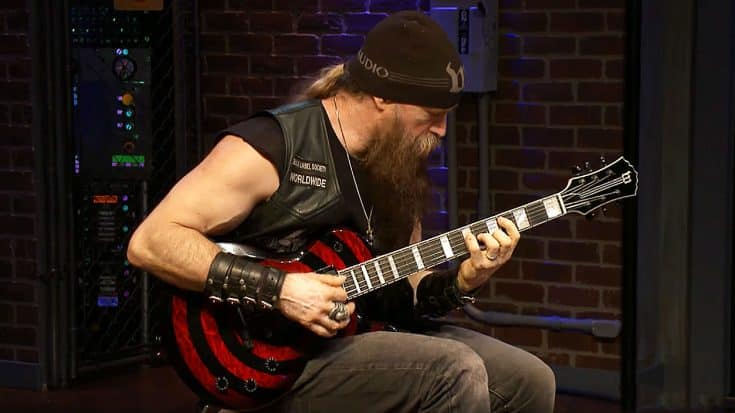 A Perfect Song To Kick Your Feet Up With!

You may know Zakk Wylde as the beer drinking, guitar shredding, metal viking that stood alongside Ozzy Osbourne for 30 years, but what you may not know is that he is not all just fast shredding licks and low chugging riffs. Zakk Wylde makes it known that his influences should be no secret. He is a Skynyrd fan, a Allman Brothers fan, a Hendrix fan, and an SRV fan as well as a fan of many, many others.

With all of these influences, Zakk Wylde became one of the greatest guitarists in rock history. He is aggressively innovative and uniquely prolific as a guitarist and is regarded as one of the most influential guitarists of all time. He is one of the best, pure and simple. Here’s the proof!

What you’re about to watch is a video in which Zakk Wylde plays his song Autumn Changes. What makes this particular performance special is that there is no shredding or heavy playing, it’s just Zakk Wylde taking it slow for a relaxing jam, and it’s beautiful!