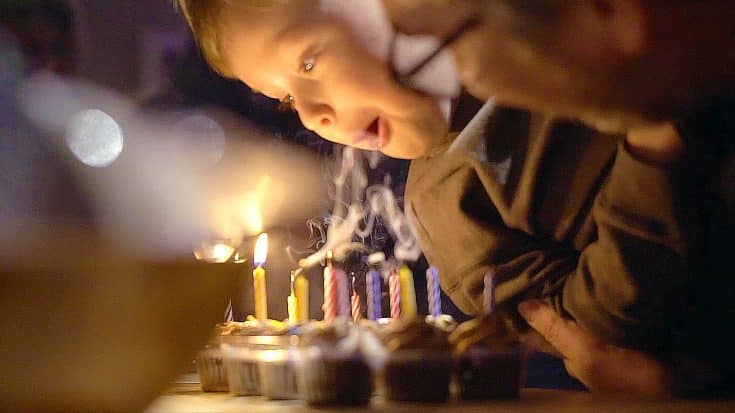 Now This Is A Birthday To Remember!

Of the many things we love about Lynyrd Skynyrd, the greatest of all is their devotion to family. Whether it’s the people they share blood and last names with or people they’ve shed blood and tears with throughout the years, you’ll never find another band more dedicated to family than Lynyrd Skynyrd.

A major, much loved force in Lynyrd Skynyrd’s world, Ross is about as close to family as you can get without being a blood relative, and a few years ago he became daddy to the most adorable little boy, Kingston.

Last week Kingston got to celebrate his birthday with Lynyrd Skynyrd, complete with a rockin’ little backstage birthday party ahead of the band’s performance at Atlanta’s Buckhead Theatre. Carried in by his dad, Kingston was immediately greeted by Rickey Medlocke and a room full of band and crew members, Transformers balloons and cupcakes galore – but the real magic was still to come.

On Johnny Van Zant’s count of 1-2-3 everyone in the room began to sing “Happy Birthday” to Kingston, and y’all, we can safely guarantee that your hearts will melt when you see his reaction!

Thankfully, Lynyrd Skynyrd’s videographer caught the whole thing on camera, the softer side of the band captured beautifully as they came together to celebrate one of the littlest members of the Skynyrd family.

Ross took to Instagram later on to share a piece of this precious moment with his followers:

“Pretty cool moment our videographer captured last week and definitely something I will share at Kingston’s wedding, one day! He got SOOooo shy! #skynyrd #goodpeople”

If this wasn’t a birthday to remember, we don’t know what is! It’s not every day that you get to share your big day with one of the greatest bands to walk the earth, but to be able to call them family, bask in their love and have the entire magic moment caught on camera?

You can’t put a price tag on something that precious.