Young Lady Hits The Stage To Sing “Ring Of Fire”, But What Do These Judges Hear? Everyone Is Stunned! 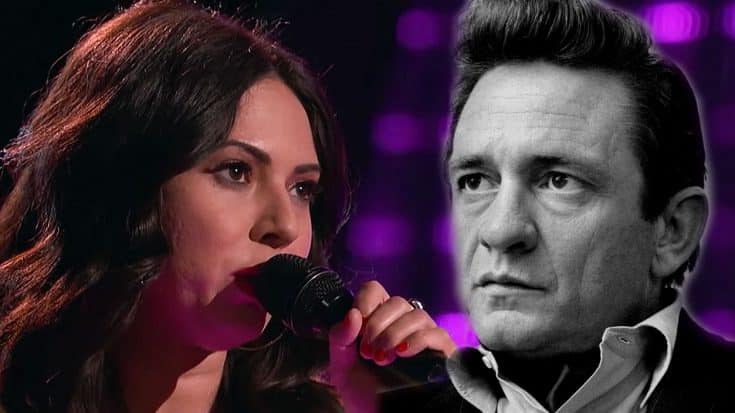 All The Judges Hit The Button!

For quite a few years now, the iconic show known as The Voice has been responsible for discovering some of the greatest singing talents that live among us mere mortals. You may not believe it, but amongst you right now, wherever you are, whether it’s on the bus, at the grocery store, at the park, wherever, the next great iconic singer could be right next to you and you don’t even know it!

Thanks to the advent of audition based singing shows, more and more singers are coming out of the woodwork to showcase their amazing talents. That’s not to say that all auditions are successful, but more often than not, the auditions are great, and in some case, they are phenomenal. This is one of those rare cases!

What you’re about to watch is a video in which a young lady by the name of Valerie Ponzio takes to the stage to audition for The Voice. The song she chooses is a song called Ring Of Fire by Johnny Cash. All seems normal at first, but as soon as she starts singing, things get interesting, to say the least. Don’t believe me? See for yourself!