Young Girls Channel Joan Jett And The Runaways In This Fantastic Cover Of “Cherry Bomb”! 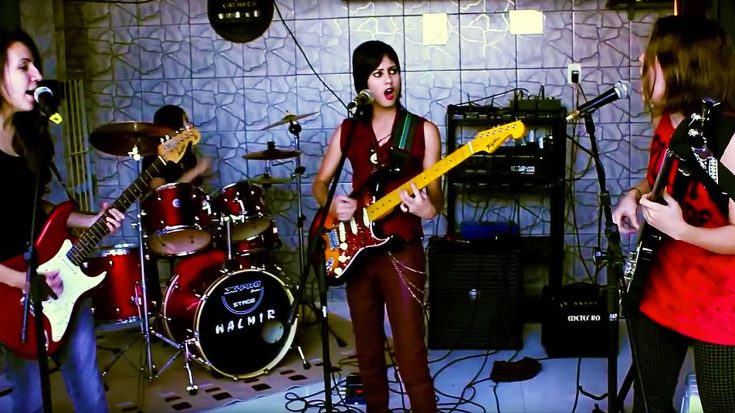 Girls can rock to!

Joan Jett started a revolution. Her and her band the Runaways almost single handedly paved the way for women in rock n’ roll. Before them, would hardly see women playing guitars or other instruments, and you definitely wouldn’t see them fully decked out in rock n’ roll gear.

Joan has inspired an entire generation of young women, and this video completely proves it. These young girls dressed up like Joan Jett and the Runaways and smashed this amazing cover of “Cherry Bomb.” The band is called Kickin’ Rocks, and they sound identical to the Runaways! Not only that, they are dressed exactly like them, and their musicianship is top-notch! It’s great to see a younger crowd of women rocking out!

Fun Fact: “Cherry Bomb” was written by Runaways manager Kim Fowley and guitarist Joan Jett for the group’s self-titled debut album. The title is a play on the name of their lead singer Cherie Currie, who was just 16 when this song was released. A “Cherry Bomb” is a small explosive device popular with kids, but in the context of this song, it means an underage girl who is lots of trouble – in this case taunting her parents and other adults with suggestions of promiscuity and bad behavior.