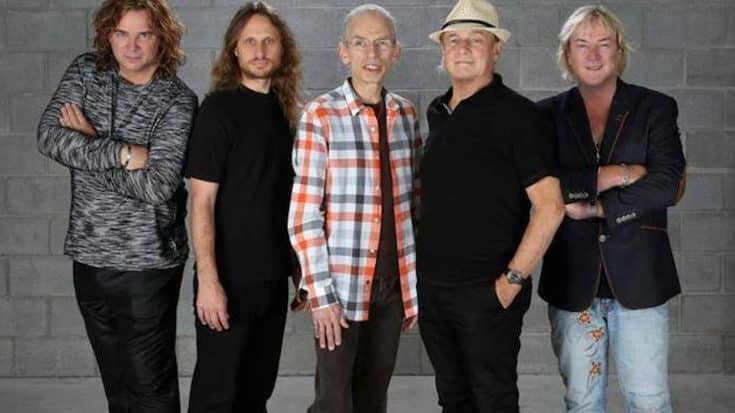 Are They Bringing The Party To A City Near You?

2018 is the year of Yes! After devoting the last 50 years to a musical career that’s given us classics like “Roundabout,” “Heart Of the Sunrise” and “Owner Of A Lonely Heart,” progressive rock legends and Rock and Roll Hall of Famers Yes are hitting the road in spring 2018 for a massive 50th anniversary tour in celebration of 5 decades on the stage and in the studio, and we’re incredibly excited!

Yes announced the news earlier this week via a statement issued to their official website, promising a setlist built around “an assortment of hits and fan favorites” over the course of the tour’s 13 European dates as well as a two night stint at London’s Palladium slated to include a fan convention featuring a special guest appearance by longtime Yes album artist Roger Dean.

“We want to mark this anniversary with a tour that encompasses some of our best loved work,” said Howe. “We want to play things we enjoy, maybe songs we haven’t done in a while.”

“I feel enormously privileged be a part of the legacy of the incredible and unique line of musicians in Yes.

The band has always remained fresh and inventive throughout its 50-year history, and created an amazing catalog of music that has inspired millions from all generations.”

“Reflecting on the past 46 years that I’ve devoted my life to playing Yes music, it’s been an interesting journey and a true labor of love. I’ve always believed in the power of music and the band’s recent induction to the Rock and Roll Hall of Fame and our Grammy are testament to the longevity of influence our music has had through the years.

I’m extremely grateful to continue to be performing on stages for our dedicated fans and look forward to our 50th anniversary performing together in 2018. It’s been a great ride!”

With an official start date of March 13, 2018 at Briston Colton Hall in the UK and wrapping in France on March 30th, it looks like Yes’ highly anticipated 50th anniversary tour will be relegated to the UK and France – no word just yet if there are any plans in the pipeline for North American dates, but who knows? If there’s anything we’ve learned about Yes over the years it’s that they’ve always got something cool up their sleeves, ready to surprise us when we least expect it!