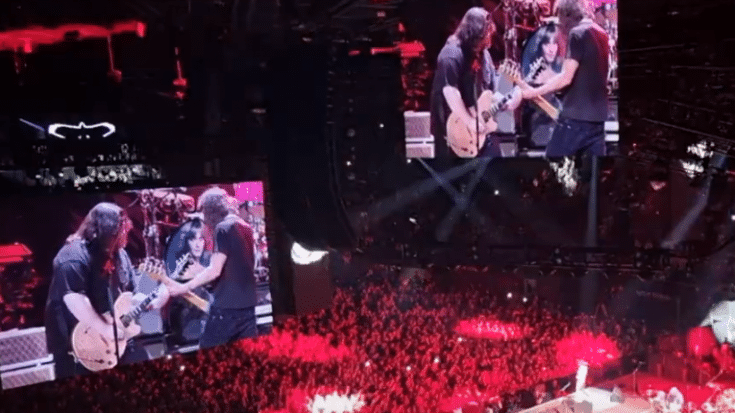 Recalling last August, the frontman of the Mammoth WVH publicly revealed that they will perform his late father Eddie Van Halen’s music by declaring:

“I honor my dad by existing and doing what I do every day. I’m not fuckin’ playing ‘Panama’ for you guys.”

Earlier this month, at the first leg of the tribute show in London, they shocked and delighted attendees and virtual viewers around the world by covering a pair of Van Halen tunes.

“It should come as no surprise that Taylor was a huge Van Halen fan.”

He then continued by saying:

“Remember those tights? We are lucky enough tonight to have with us a real Van Halen. Would you please welcome Mr. Wolfgang Van Halen to the stage right now?”

Then they performed Foo Fighters’ classic “My Hero.” Van Halen told the crowd:

Watch the tribute performance below.