With Patti Russo At His Side, Meat Loaf Dazzles With “Dead Ringer For Love” 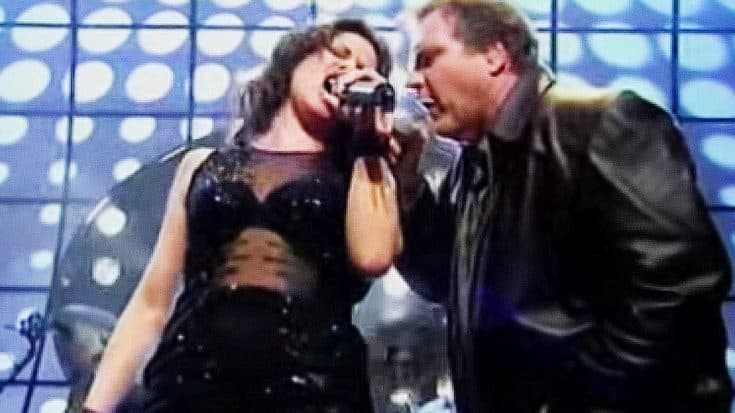 Top Of The Pops 2 was lucky enough to have Meat Loaf and Patti Russo as guests in may of 2003. Hot on the heels of the release of the single “Couldn’t Have Said It Better”, the two were touring the globe promoting the new album of the same name. It was on this show that Meat Loaf and Patti sang the duet “Dead Ringer For Love” which started fast and upbeat but then slowed down towards the end as Meat Loaf and Patti come face to face in a passionate exchange of words.

“Dead Ringer For Love” details the story of a man who has his sights set on the perfect woman. The man is fixated and is in need of her love. He finds himself begging for this woman’s love and affection to the point where he is ‘on his knees’ and even going as far as saying to her ‘I want you to have my baby’.

Fun fact: The female voice heard on the original recording is Cher’s singing. She was even featured in the music video for the song. It was later for the live performances that Meat Loaf would enlist the talents of Patti Russo.

This crowd in on their feet making non-stop noise for Meat Loaf and Patti as they display their amazing chemistry on stage. The two sing their hearts out as well as incorporate vocal improv to deliver a passionate performance of “Dead Ringer For Love”. See the amazing performance here!