Why The Album “Frampton Comes Alive!” Became So Timeless 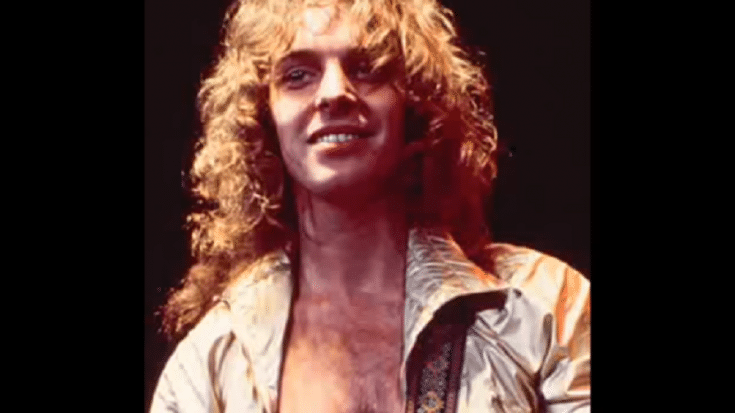 When Peter Frampton dropped his double live album Frampton Comes Alive! on January 6, 1976, it was a game-changer for him. It spawned three singles that charted and became staples on classic rock radio stations. The album itself topped the Billboard 200 for ten weeks and it sold millions of copies in the US alone.

It’s the record that helped him break into mainstream and become a household name. But what about it? What made it so special?

When Peter Frampton left Humble Pie and pursued a solo career, commercial success eluded him for several years. But Frampton Comes Alive! changed all that and more.

Taken during his 1975 shows in Commack, NY and Plattsburgh, NY, several of the songs were recorded using a 24-track master recorder instead of the usual 16-track recorder.

The live versions of “Baby, I Love Your Way” and “Show Me The Way” became as iconic as the album itself.

“It was all a bit surreal, to be honest. It’s something that very few people have experienced, and you can’t really put that into words. You kind of have to be there to know what that was like. Surreal is the right word. It’s almost like it’s not happening to you, and it’s happening to somebody else, because you haven’t changed, but the world has changed the way they think about you. Lots of people who didn’t know about you now know who you are, so notoriety on that level is a very strange thing [laughs].” – Peter Frampton

In retrospect, it was a gamble. Frampton managed to slowly build a devout and solid fan base while he was touring but, was it enough for him to sell a double live album? His past four albums didn’t do much in the way of sales to put him at the proverbial top of rock ‘n roll. A&M Records hoped it would at least sell 500,000 copies.

Several artists tread carefully around live albums – it will either capture the magic of their performances or not. But for Frampton, it was an absolute win for him. How? Because he owned the stage. His presence, his guitar work, he performed like it’s nobody’s business. And anyone who listened to this record could hear the sheer brilliance of his performances.

And the album bridged ’70s hard rock and ’80s pop rock. With his good looks and edgy attitude, he was the very definition of a pop-rock star.

At a show at Anaheim Stadium, son of the president of the United States Jack Ford along with his Secret Service men, went backstage to meet Frampton. According to A&M executive Bob Garcia:

“all of a sudden, they cleared ­everybody away for somebody ­coming to say hello to Peter. That’s when we knew he had arrived.”

Suddenly, Frampton was the next guitar hero. Admittedly, most of his female fans barely noticed his axeslinging skills because they were busy fawning over his extremely good looks. Nevertheless, the album put him on the map and made him a legend.

“I went from a musician to a pop star overnight. That’s a very hard thing to scrape off.”