When Stevie Nicks Stopped In San Diego, She Belted Out “Gold Dust Woman” Like Nobody’s Bussiness 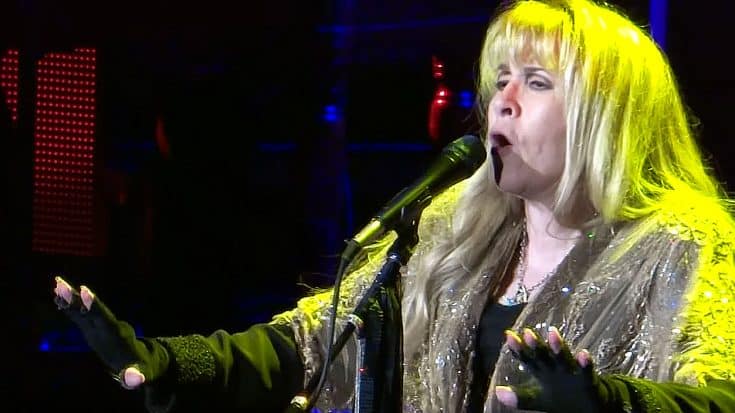 The Queen Doing What She Does Best!

To tell you that Stevie Nicks stole the show at any place and/or time wouldn’t exactly be news. Whatever Stevie Nicks does is pretty much amazing by default, right? Over the span of decades, Stevie Nicks has proven that she is one of the most iconic and most influential rock singers of all time. With a style and charisma like no other, she is often imitated, but never duplicated. She is one of the best, pure and simple.

Over the past few months, she has been embarking on her full length tour going city to city melting the hearts of her fans with her timeless singing and songs. Whenever she takes to the stage she does it with beauty and grace. Here’s the proof.

What you’re about to watch is a video in which Stevie Nicks takes to the stage in San Diego, California to sing her iconic song Gold Dust Woman. To put it simply, as always, Stevie Nicks puts on an absolute clinic. See for yourself!