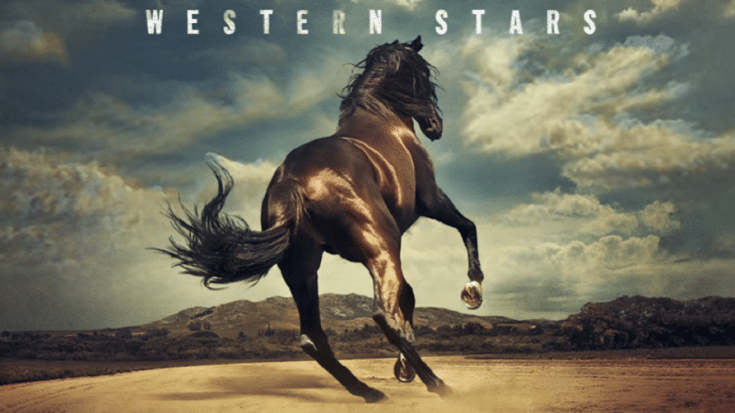 Bruce Springsteen’s nineteenth studio album “Western Stars” has just been named biggest Americana album of the past 12 months in the UK. This announcement was made by the Official Charts Company ahead of the 5th annual UK Americana Awards on January 30 at London’s Troxy.

CEO Martin Talbot said in a statement, “Official Charts has been proud to partner with the UK Americana industry over the past few years and helped encourage the scene to go from strength to strength. Western Stars deserves all the commercial success it has enjoyed this year, but we also look forward to crowning the UK’s best-selling home-grown Americana album at what is now an undisputed highlight of the UK’s music calendar – the UK Americana Awards.”

“Western Stars” bested Van Morrison’s “Three Chords And The Truth” and Jade Bird’s self-titled debut album. “Western Stars” was released on June 14, 2019 via Columbia Records. It peaked at #2 on the US Billboard 200 and was #1 in the UK and several other countries. Prior to its release, The Boss revealed that he drew inspiration from the “Southern California pop music” in the ’70s.

He also called it “a return to my solo recordings featuring character-driven songs and sweeping, cinematic orchestral arrangements.”