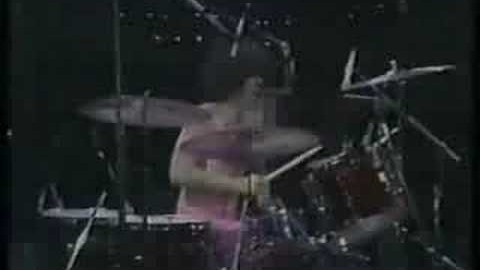 The History of Grand Funk’s “We’re an American Band”

Grand Funk Railroad began with a core group of musicians and started making great music that melded basic rock & roll with rhythm & blues to create a new pop rock sensation in the 1970’s. They met with success right away but when they added a new producer, Todd Rundgren, they came out with their most successful albums.

Their hit single, ‘We are an American Band’ topped the charts and remains a favorite to this day.

Rumor has it that the song was written when Grand funk was traveling with a British group and during a night of drinking, an argument started about whether British or American rock was the best. After lauding the performances of some of the American rock stars, such as Jerry Lee Lewis, Elvis, and Fats Domino, the drummer of Grand Funk said, “We’re an American band!” This inspired him to write the song the next morning.

+ We’re An American Band Lyrics Below +

Out on the road for forty days
Last night in Little Rock put me in a haze
Sweet, sweet Connie, doin’ her act
She had the whole show and that’s a natural fact
Up all night with Freddie King
I got to tell you, poker’s his thing
Booze and ladies, keep me right
As long as we can make it to the show tonight

Four young chiquitas in Omaha
Waitin’ for the band to return from the show
Feelin’ good, feelin’ right, it’s Saturday night
The hotel detective, he was outta sight
Now these fine ladies, they had a plan
They was out to meet the boys in the band
They said, “Come on dudes, let’s get it on”
And we proceeded to tear that hotel down