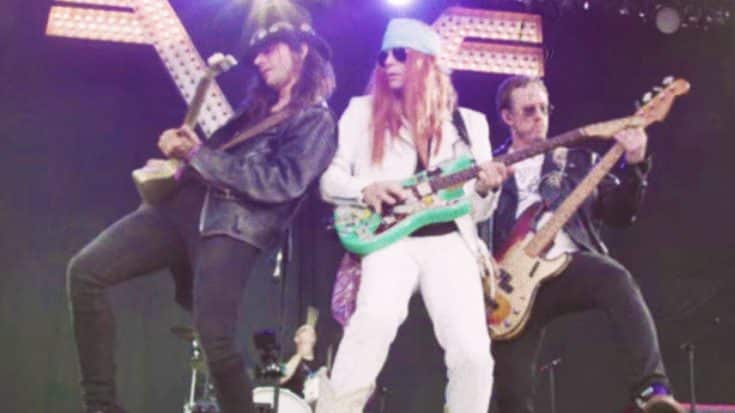 Everyone pretends to be their heroes every once in a while!

Recently, Weezer dropped a new music video for their summer hit “Feels Like Summer.” The video consists of the band dressed up like Guns N’ Roses, and was filmed at one of their concerts. The band came out in the full getup: lead singer Rivers Cuomo  dressed up like Axl Rose, the guitarist dressed up like Slash, and other band members joined in on the fun as well! It’s bound to make any Guns N’ Roses fan smile, and is a great trip down memory lane!