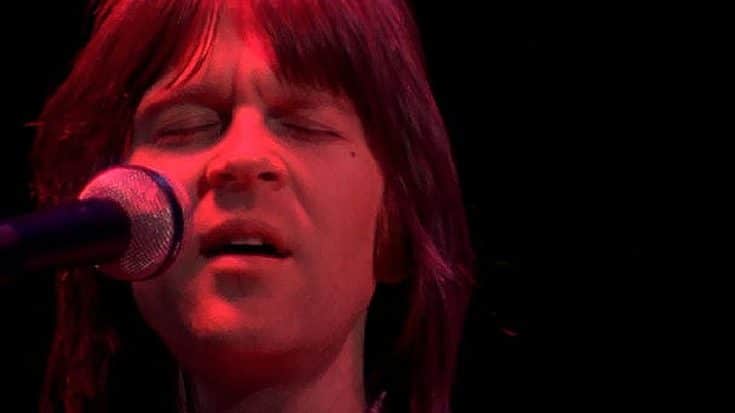 What began as a solo composition by the Eagles‘ Randy Meisner turned into one of the most well loved Eagles hits from their 1975 album One Of These Nights as “Take It To the Limit” immediately thrust the shy singer-songwriter into the limelight. With its pure melancholy wrapped in a sweet melody, this Eagles classic about being left longing for someone and trying to make sense of it was sadly a factor in Meisner’s decision to ultimately leave the band in late 1977, his constant anxiety over being able to hit the song’s signature falsetto notes driving a wedge between himself and late Eagles frontman Glenn Frey and making for a fairly hostile atmosphere.

While tensions ran high offstage, onstage there’s no way to tell that things are amiss or that Randy is even the slightest bit nervous during “Take It To the Limit,” hitting the high note at the end of the song beautifully and earning a smile from Glenn as the audience erupts into furious applause. Look closely enough and you’ll even catch a glimpse of Randy smiling to himself when he realizes he’s nailed it!

Fun Fact: According to Meisner, he got the first few lines of the song one night but was not able to finish the song by the time they were close to recording it; Frey and Henley then stepped in and helped him with the lyrics.

Needless to say, we all breathed a sigh of relief when Randy absolutely nailed the high note during this live performance and at this point, it’s pretty safe to say that no one nails that falsetto note the way he did. Happy birthday, Randy!