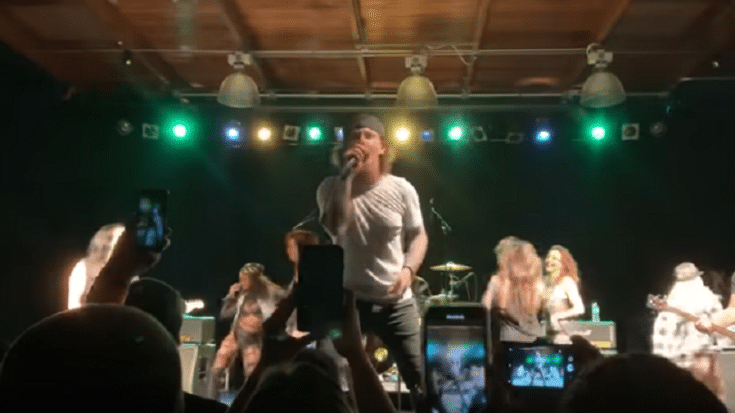 He Killed This Performance

Corey Taylor has covered enough classic rock songs to make us realize that his voice is no joke. He can go from heavy metal to an acoustic version of Spongebob Squarepants and make it musically perfect every single time. He is currently on the road for his solo tour under the name Corey Taylor & Friends. And last April 14 during his show at Green Bay Distillery in Wisconsin, he performed Guns ‘N Roses 1987 hit “It’s So Easy.”

Obviously, he could hit the high notes and he may not have the same range as Axl Rose but Taylor definitely delivered the goods. He has one of the most easily recognizable voices in rock.

And another surprise for the crowd is his own rendition of Van Halen’s “Hot For Teacher.” And yes, we’re pretty jealous of everyone who was there that night. It was clearly quite a show especially since it featured the dance group Cherry Bombs which included Taylor’s fiancee Alicia Dove.

Corey Taylor sure has his hands full this 2019. Aside from embarking on solo shows, he’s also working with his bandmates for Slipknot’s upcoming album which will be released this August. And Slipknot will go on tour across Europe this summer too.