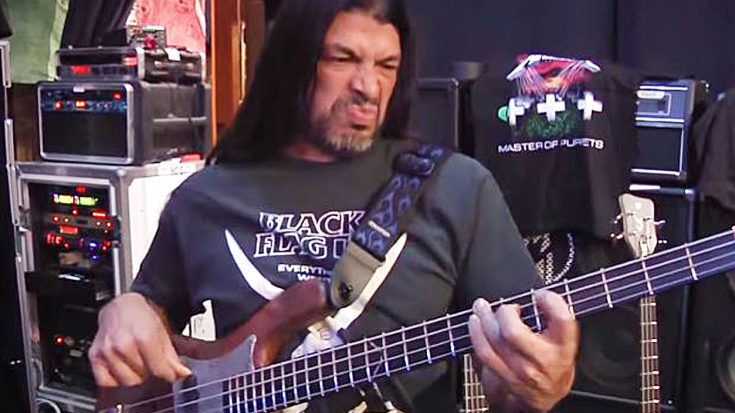 Following the death of Cliff Burton, Metallica made the quick replacement at bassist by adding Jason Newsted. Jason’s time with the band was somewhat short-lived however. In 2001 he departed due to a toxic relationship between him and the other band members. This left Metallica once again without a bass player, but this time the band elected to hold proper auditions to find a permanent solution. Robert Trujillo—who was the bassist for Ozzy Osbourne at the time—was the first potential replacement Metallica auditioned.

In the video, you can see Trujillo’s audition where he plays many of Metallica’s hits including “Battery” and “For Whom The Bells Toll.” You can also see the other bassists that tried out, including Scott Reeder, Chris Wyse and Eric Avery. The last half of the video is the band informing Robert of his acceptance, and offering him $1 million to join Metallica.

The video is an amazing opportunity to take a behind the scenes look at the band and how they formed into what they are today! You can see that Robert was easily the best choice for the band, as he fit seamlessly into the lineup and was the most skilled out of all that auditioned!

Check out the exclusive clip down below!