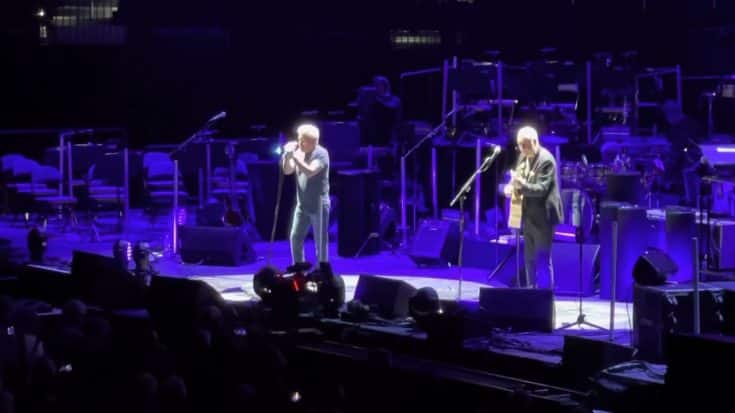 Pete Townshend loses himself on stage at their recent show in Tampa Bay on April 27. The guitarist made a point that the Who doesn’t take any requests during their concerts after a fan suggested a song they should play.

The Who were already more than halfway through their set when technical issues happened. Their performance of “I Can See for Miles” was cut short when singer Roger Daltrey was unable to hear the rest of the musicians in his monitor.

Daltrey and Townshend returned to their respective microphones after the technicians solved the problem, but they seemed a little unsure of which song they should play next. That’s when a fan in the front row suggested “Naked Eye,” which Townshend replied:

“Just shut the fuck up with Naked fucking Eye, alright? We don’t do fucking requests. However many times I see you, and I love you, you fucking paid for my Ferrari, I’m sure.”

The crowd went laughing and applaud the rocker. Townshend then looked to Daltrey and asked him what he wanted to play, the singer said:

Then also suggested “Naked Eye,” which the guitarist responded:

“You’re gonna get me to play ‘Naked Eye’ after all that?”

Townshend then proceeded to switch his guitar and performed the song that was originally released on their 1974’s Odds and Sods. The fan who suggested the song got what he wanted, all thanks to Daltrey.

The Who recently wrapped the first leg of their The Who Hits Back! North American tour. They’ll return Stateside for another run in October and November after dates overseas through the summer. Watch the fan-filmed footage below.