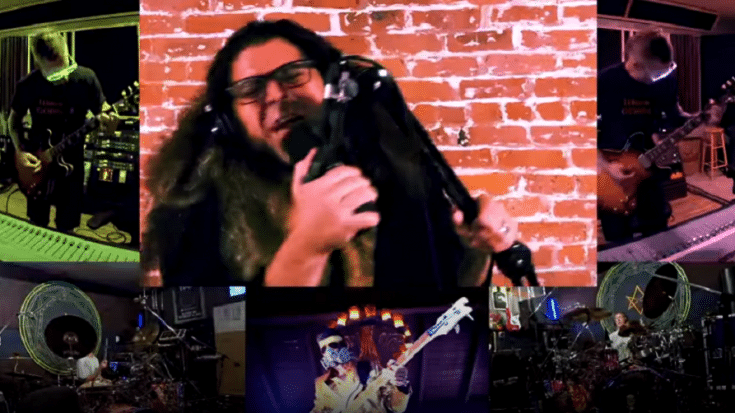 via Two Minutes To Late Night/YouTube

They recorded this in their respective homes for Gwarsenio Hall’s “Two Minutes to Late Night” series. For most of the videos, the musicians will be given some money via Patreon but for this particular clip, those involved decided to donate their fees to The Cancer Research Institute.

Rush drummer Neil Peart died in January 7 following a lengthy battle with brain cancer. Following the tragic news, surviving members Alex Lifeson and Geddy Lee wrote, “Those wishing to express their condolences can choose a cancer research group or charity of their choice and make a donation in Neil Peart’s name.”

More recently, Peart’s family decided to raise money benefiting the Regional Cancer Centre at Royal Victoria Regional Health Centre. They originally planned a memorial concert but that had to be put on hold because of the coronavirus pandemic.