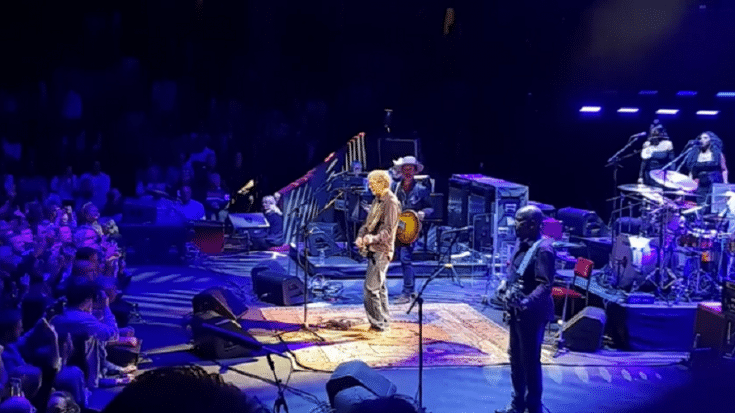 From One Legend to Another

Eric Clapton ended the first date of his three-day concert run in London’s Royal Albert Hall last May with a cover of Prince’s signature song, the 1984 hit Purple Rain. The seven-minute jam was nothing short of stellar and he didn’t just perform it once but twice – both times as encore. He first played it as a lone encore (check out the fan footage below) and then a few nights later, as part of a two-song encore.

Clapton’s set at the show was a mix of his greatest and well-loved tracks like Crossroads and Layla along with some surprising covers such as Que Sera Sera and I Shot The Sheriff.

A few days after Prince’s death in April 2016, Clapton took to Facebook to pay a tribute to the legend. He wrote, “I’m so sad about the death of Prince, he was a true genius, and a huge inspiration for me, in a very real way. In the Eighties, I was out on the road in a massive downward spiral with drink and drugs, I saw Purple Rain in a cinema in Canada, I had no idea who he was, it was like a bolt of lightning! In the middle of my depression, and the dreadful state of the music culture at that time it gave me hope, he was like a light in the darkness I went back to my hotel, and surrounded by empty beer cans, wrote ‘Holy Mother.’ I can’t believe he’s gone.”