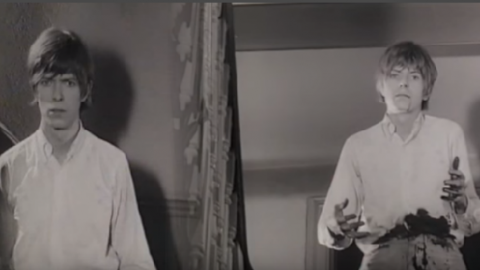 As Creepy As It Gets!

David Bowie’s most famous movies may be ‘Labyrinth’ and ‘The Man Who Fell To Earth’ but few people know the first film he has ever starred in — ‘The Image’ which is a 14-minute silent horror short. He’s had a very remarkable career on the big screen but he had to start somewhere and this was it — his acting debut which has only been recently unearthed. Written and directed by Michael Armstrong, the then-20 year old David starred alongside Michael Byrne. David plays the part of the boy, painted by Michael, who comes to life to haunt the troubled artist.