Vanilla Ice Reveals How He Dodged ‘Under Pressure’ Lawsuit, & Queen Fans Are Furious About It! 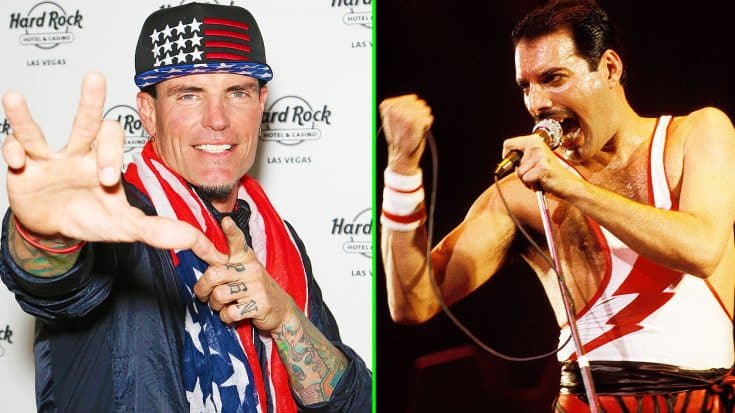 Ice is back, and he’s got some news that might anger some Queen fans. Back in 1990, rapper Vanilla Ice jumped onto the scene and released one of the most iconic, and in ways, revolutionary rap songs. “Ice Ice Baby” debut at No. 1 on the charts, and ended up being Vanilla Ice’s one hit wonder. However, the song was met with tons of controversy.

The biggest controversy of “Ice Ice Baby,” was the fact that it lifted the bass line from Queen and David Bowie’s 1981 song “Under Pressure.” Queen and David Bowie’s camps both filed lawsuits against Vanilla Ice, seeing that the rapper did not pay any royalties to Bowie, Freddie Mercury, Brian May, Roger Taylor or John Deacon, the original songwriters.

But a lawsuit was avoided, and recently, Vanilla Ice revealed how it was on The Dan Patrick Show. Apparently, instead of paying for a lawyer to fight the suit, or even paying the fine, Vanilla Ice opted to buy the song instead. That’s right, so the sole owner of the legendary “Under Pressure” is Vanilla Ice. That means all royalties are paid to him every time it’s played on the radio, a TV show, movie, or really, anywhere.

How do you feel about this? We see Vanilla’s original intentions to purchase the rights, however, it just doesn’t seem right that he owns it, and not the original creators. Here’s the clip of Vanilla’s interview down below.