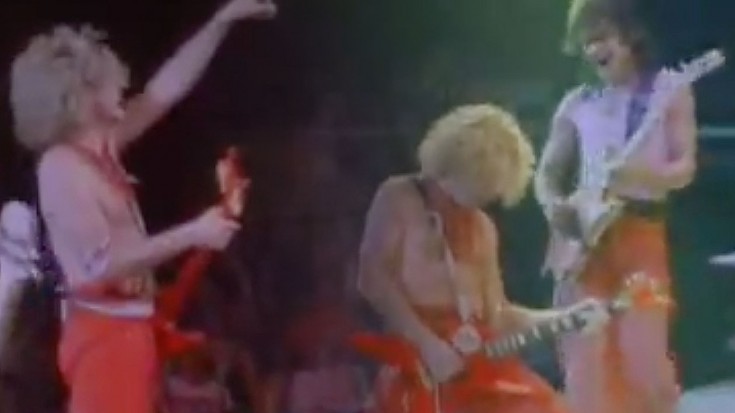 Ending one of their iconic shows, Van Halen decides to pay tribute to one of the greatest rock n roll bands in history, Led Zeppelin, with classic “Rock And Roll” and it’s awesome!

Sammy Hagar, epic and well known guitarist of Van Halen, takes lead vocals and makes them his own with ease. Integrating the famous leg kick into the final set of the performance, the boys of Van Halen really pull this off!

Interesting Fact: The phrase in the song (and title) “Rock and Roll” was a term blues musicians used, which meant sex.

“Rock And Roll” is very often covered by tribute bands, other rockstars and even future rockstars, but we especially love how Van Halen signed off with “a song written by some old friends of ours.”