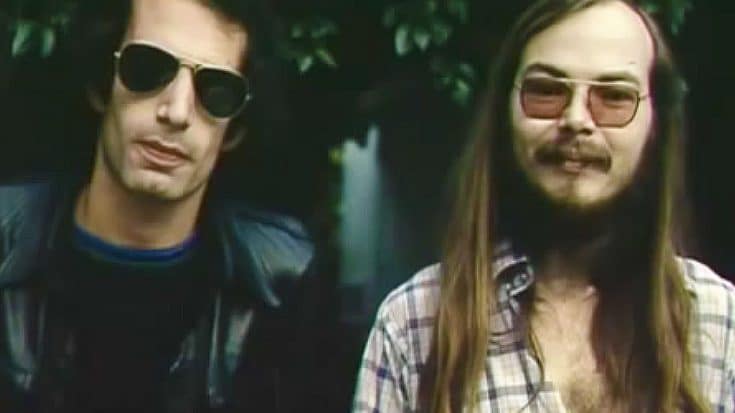 Where fans around the world remember Walter Becker as Steely Dan’s fiercely brilliant co-founder, pulling triple duty as bassist, guitarist, and co-songwriter since the band’s 1972 inception. To Donald Fagen, Walter wasn’t just a bandmate who helped bring Steely Dan to life: he was a lifelong friend, one whose friendship extended back to a chance meeting at Bard College in 1967 after making the discovery that the two shared near identical taste in music.

Fagen was one of the first to speak following news of Becker’s September 3rd death at the age of 67, issuing a lengthy, heartfelt statement that gets to the heart of what it was to be friends with the legendary Walter Becker for 50 years.

“He was smart as a whip, an excellent guitarist and a great songwriter. He was cynical about human nature, including his own, and hysterically funny. Like a lot of kids from fractured families, he had the knack of creative mimicry, reading people’s hidden psychology and transforming what he saw into bubbly, incisive art,” reads a portion of the statement released via Fagen’s official Facebook page.

The pair lost touch for a while during the latter part of the seventies, ultimately finding their way back to each other a decade later and after revisiting the Steely Dan blueprint “developed another terrific band”. Becker’s death leaves an unimaginable hole in the band he helped build, but it doesn’t throw its future into a tailspin; far from it, in fact. Fagen insists that the death of his good friend isn’t the end of Steely Dan, but the beginning:

“I intend to keep the music we created together alive as long as I can, both with the Steely Dan band. We’ll miss him forever.”