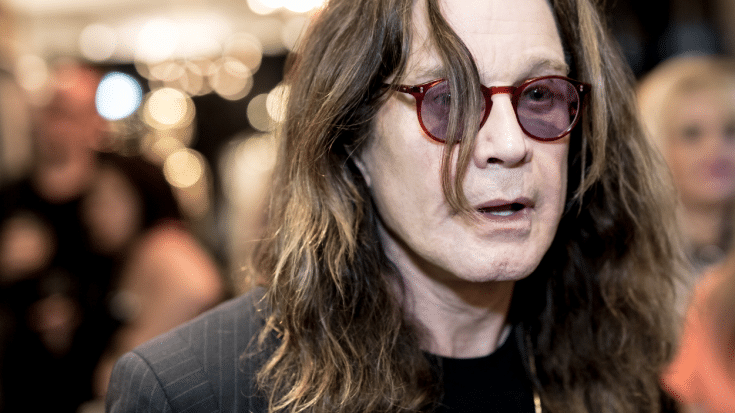 After a second visit with his doctor, Ozzy Osbourne has been forced to postpone the entire UK and European leg of his No More Tours 2 tour due to a “severe upper-respiratory infection”.

The news comes one day after it was announced that Ozzy would be postponing the tour’s first four dates to allow him time to recover from the flu, but his recent diagnosis left his doctor fearful that his upper-respiratory infection could turn into pneumonia – not a far fetched possibility given how intense his shows are, paired with the cold weather currently hitting Europe.

A statement was issued just a little while ago on Ozzy’s behalf:

As we reported yesterday, Osbourne, 70, announced the postponement of the first four dates of the tour’s long awaited UK leg, citing a bout of the flu. The news was first announced via the website of a Dublin concert promoter and read:

Not long after, support act Judas Priest issued a similar announcement, apologizing to fans who purchased tickets for the tour’s first four dates and promised that rescheduled dates would come at a later date.

“It is with great regret we have to announce that the first four UK shows on the Ozzy Osbourne/Judas Priest tour have been postponed due to Ozzy having a very bad case of the flu – therefore Dublin, Nottingham, Manchester and Newcastle will be rescheduled at a later date – details to follow once finalized – we are very sorry that this has happened and to disappoint so many fans – we wish Ozzy well and look forward to the Glasgow, Birmingham and London shows together – and to the rescheduled ones in the future.

From the looks of it, the flu’s got Ozzy in pretty bad shape. He shared a photo to Twitter a few days ago of himself with a burst blood vessel in his eye – the result of coughing too hard.

Coughed so hard I burst a blood vessel in my eye pic.twitter.com/EPuDnN8Mpa

Ouch! Here’s hoping that Ozzy gets to feeling better soon – the flu is no joke, and when you’re Ozzy’s age it can be even more dangerous. This isn’t the first time in recent months that Ozzy’s been sidelined by illness; late last year a staph infection forced the cancellation of several North American dates on the tour as Ozzy underwent surgery to remove the infection from his hand.

Sat Oct 6 show at @ShorelineAmphitheatre in Mountain View, CA has being postponed due to illness. The Rock and Roll Hall of Fame inductee and Grammy®-winning singer and songwriter is being treated for an infection, which required surgery on his hand this morning (Saturday, October 6). OSBOURNE will spend a couple of days at Cedars-Sinai in Los Angeles where he’ll remain under doctor’s care as they monitor the infection. The show is part of OZZY’s North American “NO MORE TOURS 2,” produced by @LiveNation, and is expected to resume on Tues, October 9 at @MattressFirmAmp in Chula Vista before this leg of the tour wraps with shows at the @HollywoodBowl (October 11) in Los Angeles and Las Vegas (October 13) at the @MGMGrand Garden Arena. @StoneSour will perform on these three shows. The Oct 6 show has been rescheduled for Tuesday, Oct 16 (support act for the new date is TBA). Ticketholders for the October 6 show should hold on to their tickets, as they will be honored at the rescheduled date on October 16. Refunds are also available at point of purchase.

Dates for No More Tours 2 are set to resume on March 9th in Australia,  with the corresponding Judas Priest dates tentatively scheduled for September.