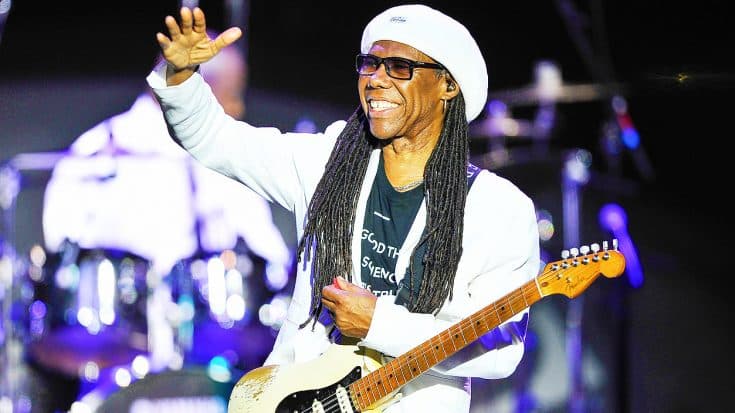 Happy to see Nile is well!

The rock world has been holding their breath the last few days. Chic guitarist and disco legend Nile Rodgers was hospitalized Sunday night for a mysterious reason, forcing him to miss his scheduled performance with Chic. It was the first show Nile missed in his career.

The mysterious health issue was not shared, but we’re happy to announce that Nile has been released from the hospital, and “feels like a new man.” Rodgers took to Twitter to share his excitement and posted a picture of himself in a classy-looking suit!

Getting discharged from the hospital and I feel like a #newman. 1st thing this new man wants to do is a show. I’ll be at the airport soon pic.twitter.com/gyoEkTBJM3

Fans were concerned, due to Nile’s past health issues. In 2011 he was diagnosed with an aggressive form of testicular cancer, but he is now cancer-free. Chic’s next show is August 15th in Indianapolis with Earth, Wind and Fire. Nile is expected to perform!

It’s great to see Nile out, and we’re hoping he continues to keep getting better!