Update: Mick Jagger Spotted Out And About Just 2 Weeks After Heart Surgery – Amazing! 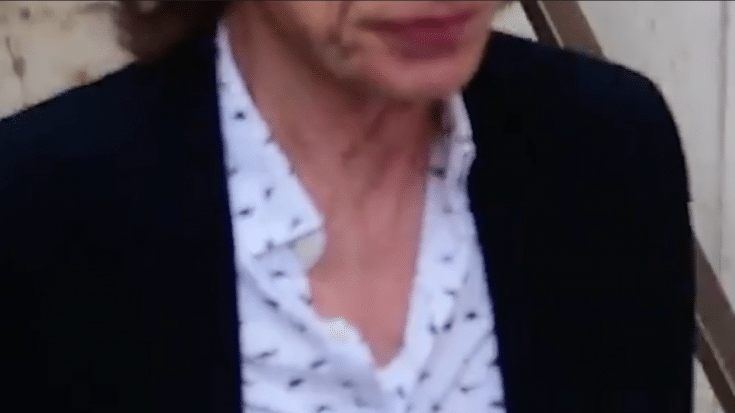 Jagger Out And About After Heart Valve Replacement Surgery

April was a rough one for fans of the Rolling Stones after it was announced that frontman Mick Jagger would be undergoing heart surgery.

The surgery, which took place on April 1st, was to replace a heart valve in the Rolling Stones singer, and by the end of the week it was reported to be a success and that Jagger, 75, was resting comfortably and beginning the road to recovery that should take him well into the summer when doctors predict he’ll be ready to rock and roll again.

Happily, we now have an update straight from the man himself.

Jagger was spotted out and about in New York City last night catching a performance of Porte Rouge, a ballet starring the singer’s 32-year-old girlfriend and mother to his 2-year-old son Deveraux, Melanie Hamrick.

When the TMZ paps spotted him heading into Lincoln Center, they understandably asked him how he’s feeling these days – and in typical Mick fashion, he only had one thing to say:

“Goooooood,” smiling a little as he was hurried into Lincoln Center and thanking the paps for their kind words.

Neither wild horses … or heart surgery, can stop Mick Jagger from his night out

As we reported last week, doctors instructed frontman Mick Jagger to stay off of the road to allow him time to undergo “medical treatment” and make a full recovery, but it was just this afternoon that it was finally confirmed what the basis of their concern is.

Jagger, 75, underwent heart valve replacement surgery last week at the order of his doctors, followed by a period of recovery that should have him back on his feet and ready to rock by the time summer rolls around; Rolling Stone confirmed the news after a day of speculation from an “undisclosed source”.

Mick Jagger will undergo surgery to replace a valve in his heart https://t.co/TuPJKniYY5 pic.twitter.com/blIVAthx02

The North American leg of the Stones’ No Filter tour was slated to begin tomorrow (Saturday, April 20) in Miami before wrapping on June 29 in Ontario, Canada. Rescheduled dates will be announced shortly, so if you purchased tickets to a show, don’t throw it away – you can still use it when the new dates are announced!