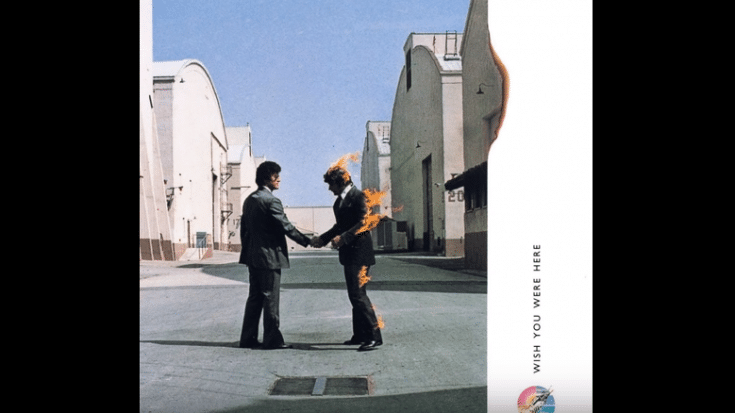 Riding high on the success of “The Dark Side of the Moon”, it would’ve been difficult to follow-up something that’s so close to being the perfect LP. But, the band came through with “Wish You Were Here.” It remains one of their most important works but it wasn’t without challenges and difficulties. It wasn’t just the technical aspects of the recording, members also had a falling out. It was draining them physically, mentally, and emotionally.

But in a way, all the hurdles paid off because even after all these years, “Wish You Were Here” is still untouchable. It’s in a league of its own and a culmination of Pink Floyd’s genius and excellent musicianship. Now let’s explore the tracks that became instant classics.

The LP kicks off with the first half of the epic composition which serves as a tribute to former frontman Syd Barrett. It’s a superb opening track and faultless from start to end. It builds up to a memorable guitar solo. It isn’t until Part IV when Roger Waters starts singing. The virtuosity showcased by every member is astounding. You can play it over and over again and discover something new and exciting every time. It had to be re-recorded though because it wasn’t good enough for them.

“Welcome to the Machine”

This one has loads of synth and sound effects. It’s heavy and a bit aggressive. It sounds kind of sinister and evil. But it’s still hypnotic for all that. It’s eerie and unnerving. It may be overshadowed by the other more popular tracks on the album but that doesn’t take away any of the song’s greatness. Pink Floyd wasn’t playing around when they included this.

The shortest song on the LP, clocking in at a little over five minutes. Written by Roger Waters, this was aimed at the music industry and their own record label. With English folk singer Roy Harper on lead vocals, it’s just one of two Pink Floyd songs that featured a guest vocalist. Compared to the other tracks, this is a straightforward rock number. It’s interesting and rather upbeat. From the groove to the vocal performance, it’s one of our favorite Pink Floyd recordings.

“Wish You Were Here”

The title track is unsurprisingly, the highlight of the LP. It lives up to the hype. “Wish You Were Here” is an incredibly beautiful acoustic piece. David Gilmour took over lead vocal duties and he delivered the goods. It may sound simple from the get-go but the more you listen, the more you get to appreciate how everything from the lyrics to the guitar playing are all masterfully done.

It’s a strong way of wrapping up the LP. It’s not as brilliant as the first part but it still packs a lot of punch. It’s noticeably darker and is a solid effort, overall. The tasteful melodies and basically the whole vibe, it will take you places. And it’ll also make you want to play the whole album all over again.