Track-By-Track Guide To The Music Of The Animals 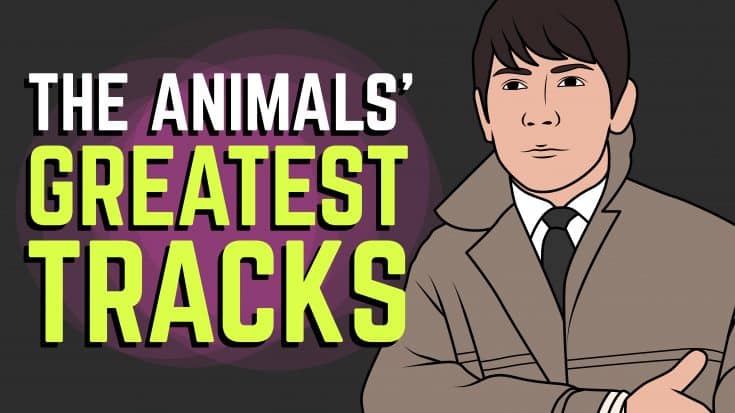 Formed in the early ’60s, The Animals are mostly known for frontman Eric Burdon’s distinctive deep vocals and their gritty & bluesy sound. They were part of the British Invasion of the US but before the decade ended, they went through several lineup changes. In 1994, the band was inducted into the Rock and Roll Hall of Fame.

Let’s take a trip down memory lane and explore their greatest musical works:

Written by Gerry Goffin and Carole King, it was a hit. Because of Burdon’s vocal performance and the arrangement, it didn’t sound like a Goffin & King composition. And Burdon told SongFacts, “I didn’t realize that it was a Goffin, King song until I was in a doctor’s office in Beverly Hills and Ms. King came in and sat next to me. I didn’t know it was her, I was just reading a magazine and she turned to me and said, ‘You know, I hated what you did to my song.’ I didn’t know what to say, so all I said was, ‘well, sorry.’ and then as she got up to go into the doctor’s office, she turned around and said, ‘but I got used to it.'”

4. We Gotta Get Out of This Place

This became a popular song among the United States Armed Forces GIs stationed in South Vietnam at the height of the Vietnam War. Written by Barry Mann and Cynthia Weil, it was originally intended for The Righteous Brothers. The Animals recorded two different versions for the US and UK releases. Burdon once said that “The song became an anthem for different people – everybody at some time wants to get out of the situation they’re in” and he’s absolutely right because it was also often played at graduation parties and even prom.

3. Don’t Let Me Be Misunderstood

Originally recorded by Nina Simone, The Animals gave it a blues rock treatment and it was a hit on both sides of the Atlantic. Burdon admitted, “It was never considered pop material, but it somehow got passed on to us and we fell in love with it immediately.” In concerts, Burdon sometimes paid tribute to the Nina Simone version by slowing down the vocal line.

An ode to San Francisco, Burdon explained to NME: “The record company was afraid I would offend England if I released ‘San Franciscan Nights’. They thought I had offered enough insults to England.” At a 2010 concert however, Burdon revealed to the crowd that this song was written after spending an evening with rock icon Janis Joplin in San Francisco.

1. The House of the Rising Sun

A traditional folk song, The Animals’ version was dubbed as the “first folk rock hit”. Bob Dylan actually recorded it first but after hearing The Animals’ arrangement, he got himself an electric guitar and used it during his set at the 1965 Newport Folk Festival. The Animals performed it a couple of times on the road so when they went down to the studio, they only did one take of the song.