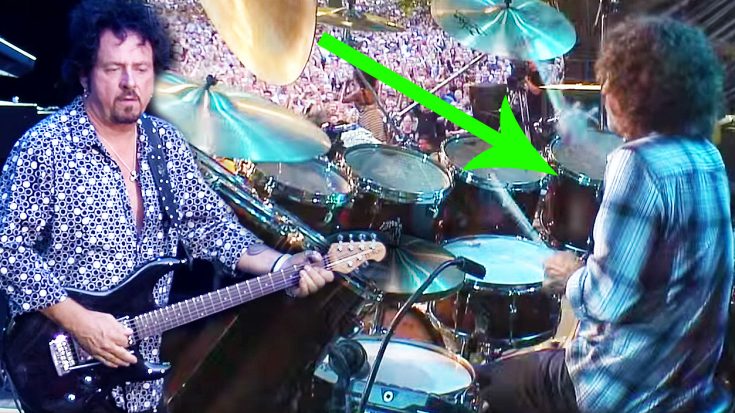 One of the more overlooked bands of the 1970s and 80s, was Los Angeles-based band Toto. They were one of those groups that flew under the radar, and had some great hits that were staples on the radio!

One of Toto’s most popular hits was the rock anthem “Hold The Line.” The song was definitely one of Toto’s more heavier songs! Tye band became known for their skilled drummer Jeff Porcaro. Porcaro was with the band from 1977-1992, but laid the ground work for the band’s incredible drum parts! This performance showcases drummer Simon Phillips. Simon’s performance on this song is ridiculous! He rips a fantastic drum solo in this song that you truly have to see!

Fun Fact: This pop nugget was the first single by Toto, a group made up of six very talented session musicians who had backed up artists like Boz Scaggs, Aretha Franklin, Barbra Streisand and Jackson Browne. Written by their keyboard man David Paich with lead vocals by Bobby Kimball, it deals with the mysteries of love. It proved that a slick pop song created by top players could succeed without a great deal of hype or a charismatic lead singer.

Check out the epic performance down below, and prepare to be amazed!