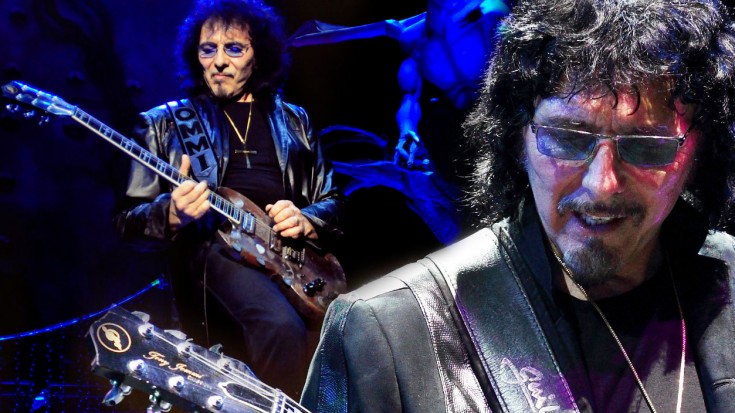 Black Sabbath’s Tony Iommi is as known for his signature heavy sound as he is for his prolific soloing, so any time we get to hear this real life guitar hero at work is a good time had by all! This audio is from a 1978 Black Sabbath show on Van Halen’s Never Say Die! tour, featuring Tony ripping through an improvised guitar solo in between ‘Rock And Roll Doctor’ and ‘Electric Funeral’. It’s precise without being overthought, and contains an echo or two of ‘Snowblind’.

Widely considered one of the most influential rock guitarists of all time and the father of heavy metal, Iommi invented his signature sound as a result of the factory accident that cost him two fingertips – he downtuned in order to relieve some of the pressure on his fingers, resulting in the heavy, almost evil sound that would become the backbone for metal.

Guys, this is a definite must-listen for Sabbath fans and guitar geeks alike! Listening to this lost solo, it’s hard to imagine that Tony’s best years were still to come!