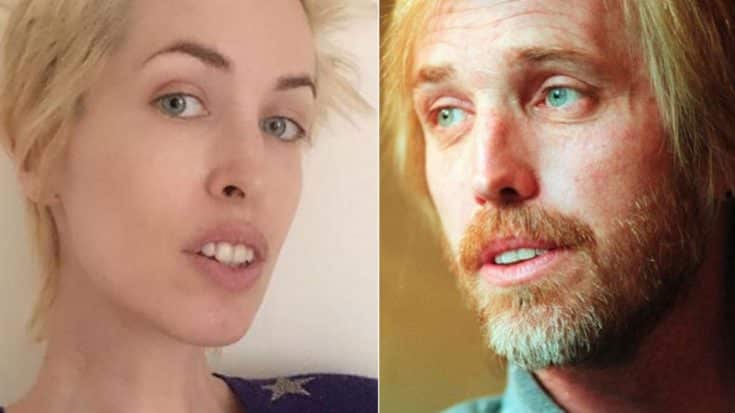 Petty Reaches Out After Cause Of Death Announced

The best part of late rock legend Tom Petty wasn’t left behind in song lyrics and unfinished plans for a future we’ll never get to see. It’s in daughters Adria and Annakim Violette, the latter whom has shown immense grace and kindness as she opened her social media to allow for her dad’s fans to join her in grieving their collective loss, using photos via Instagram to tell the fantastic story of Tom Petty’s life as seen through the eyes of one of his oldest – and biggest – fans.

Annakim took to social media shortly after it was announced that Tom’s death was the tragic result of an accidental overdose of pain medication, offering up a praiseworthy tribute to his life and hailing him as an “immortal bad ass” who turned struggle into triumph after triumph, even in death:

Thomas Earl Petty lived a million lifetimes in one. He over came much psychic pain from an abusive childhood by transforming his anger into the greatest rock n roll band ever. My dad in the past openly overcame a crippling drug problem with no shame. His recent death is tragic yet he died from doing what he loved and what will continue to keep his spirit alive. Touring with a broken hip because he would have it no other way. He loved performing. There are no hypothetical questions I love my dad and feel he is an immortal badass. The amount of pain his hip caused was beyond a normal surgery. He is at peace out of pain?I thank you for respecting my family’s privacy and inviting love during this shocking new chapter. My dad loved his life and left behind so much love in his music for us to share. Invite love listen to Tom Petty. He passed away with his family in a room filled with love. I feel very connected to him?give love to everyone you meet we are connected by love #invitelove much love to you and much love to u dad?⚡️?

“Thomas Earl Petty lived a million lifetimes in one,” began Annakim, addressing the abuse that plagued his childhood and would later fuel his drive to create something beautiful with his anger. While Annakim touched on the “crippling drug problem” that plagued Tom throughout the years, the 36-year-old artist made it impossibly clear that his death wasn’t the result of backsliding into old patterns, but a tragic accident – the result of pursuing his music so passionately and so fiercely that not even a broken hip could keep Tom Petty, a man who loved his life and the people in it, from doing what he loved.

You can read the post in its entirety just above this text, but the most important thing we’re left with is this:

“My dad loved his life and left behind so much love in his music for us to share. Invite love, listen to Tom Petty. He passed away with his family in a room filled with love. I feel very connected to him. Give love to everyone you meet – we are connected by love.”