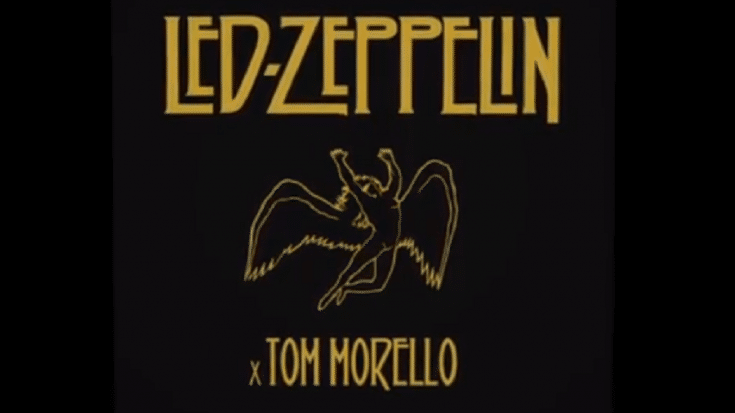 He Curated A Playlist

Rage Against The Machine’s Tom Morello was always vocal about his love for Led Zeppelin and how much Jimmy Page has influenced him as a guitar player. To commemorate the 50th anniversary of Led Zeppelin’s first two albums (released on January and October 1969), Morello compiled 20 of his favorite tracks from the band.

The “Led Zeppelin x Tom Morello” playlist features classic tunes, deep cuts, and some live tracks. You can check it out on Spotify. Morello said:

“While I’m prone to hyperbole, it’s hard to deny that Led Zeppelin is the greatest rock ‘n’ roll band of all time.

“Before my voice changed, I was the singer of Nebula, my junior-high rock band, and was able to hit the Robert Plant notes on ‘Heartbreaker.’ At 13 years old, my shirt was open to the waist and with each wailing caterwaul, I cemented my forever love of Zeppelin.”

Check out the track listing below…