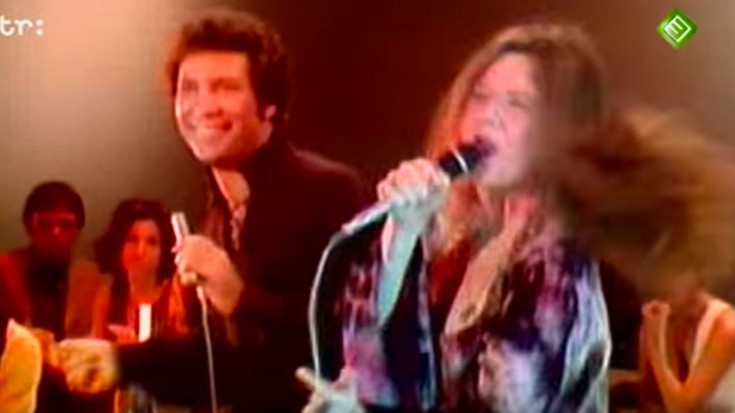 Janis performs with who!? Ya, thats what we were thinkin’!

Written by Steve Cooper, and Eddie Floyd, “Raise Your Hand” debuted on Floyd’s 1967 album Knock on Wood. It was released as a single that year, where it reached number 16 on the Black Singles Chart and number 79 on the Pop Singles Chart.

The song became a huge part of Joplin’s live performances, also performed by her at the 1969 Woodstock Festival. Her rendition of the song later appeared on the 1993 compilation Janis.

A new biography of Bruce Springsteen reports that Janis Joplin once unsuccessfully pursued a romance with Springsteen. Although Springsteen and Joplin never performed together, Joplin was known for her performance of the show-stopper “Raise Your Hand” and Springsteen often highlights the song too.

While Springsteen and Joplin never got together to do the duet for “Raise Your Hand,” someone you may not suspect had jumped at the opportunity. Joplin sang the song that year with Tom Jones on the, This is Tom Jones TV show. The duet is nothing short of awesome.

Check it out, below!

+Raise Your Hand lyrics below+

You know I’m standin’ about, yes I am.
Want to give you all my love.
Oh, honey, won’t you come on and open up,
I said, open up your heart.
Please, let me try.

If there’s anything you need,
Honey, that you ever, ever, ever try,
I want you to give it up
I said to give it all, don’t you know that you have.