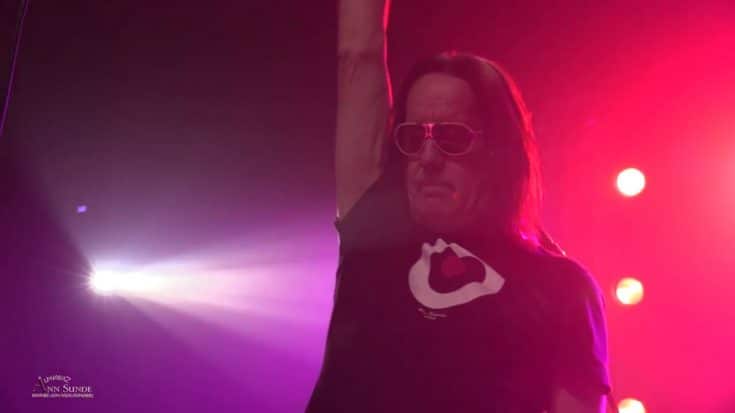 Todd Rundgren and former King Crimson’s Adrian Belew will be taking part in the Celebrating David Bowie tribute tour that’s due to kick off North America this autumn.

Both musicians have connections to the late music icon. Although their material was different, Rundgren was a friend of Bowie and they shared a similar career and perspective on music. Rundgren explained to Billboard in 2017:

“We shared the fact that you don’t settle down to a single style of music and sort of milk it until your career is over.

“David had more of that Andy Warhol kind of sensibility, a pop sensibility. He always had a well-cultivated self-image, and I never worked that much on my self-image. He was a character whenever you saw him, and I’m only a persona when I’m onstage — if that.”

While Belew was a member of Bowie’s band in 1978 and 1979 and played on the double live album Stage. He later rejoined Bowie in 1990 as the musical director of the Sound+Vision Tour.

The two artists will be joined by other acts, such as Spacehog’s frontman Royston Langdon, Fishbone’s saxophonist Angelo Moore and singer-songwriter Jeffrey Gaines, on the 15-date tour to pay tribute to the late and legendary Bowie.

The upcoming tribute tour marks as the third Celebrating David Bowie tour and the brainchild of guitarist Angelo “Scrote” Bundini. He organized an all-star tribute concert at the Roxy in Los Angeles in 2017 and Rundgren came on board for the 2018 edition. Bundini noted:

“One of the things we’re doing differently on this tour is featuring a three-guitar attack.

“David has always been famous for his spectacular guitarists – the epic solos of Mick Ronson, the bluesy feel of Earl Slick, the funkiness of Carlos Alomar and Nile Rodgers, the bombast of Reeves Gabrels and the otherworldly guitar of Adrian Belew, who is still one of the most original guitarists working today. To explore all of these guitar sides of Bowie’s songs, we’re highlighting Adrian’s brilliance, Todd’s guitar wizardry and whatever guitar mayhem I can muster in between.”

See the upcoming tour dates below.