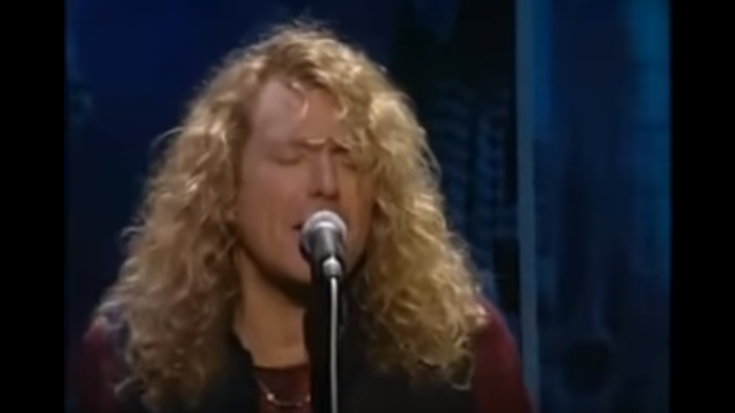 Legend has it they play this song in heaven. 🙂 This 1973 Led Zeppelin ballad is everything we want in a classic and more — Jimmy Page’s melody and Robert Plant’s vocals. During one interview with the Rolling Stone magazine, Plant referred to this track as his best vocal performance ever. Guess who served as their inspiration? No one else but The Beatles’ George Harrison who also happens to be a huge fan of the band.

George [Harrison] was talking to Bonzo one evening and said, ‘The problem with you guys is that you never do ballads.’ I said, ‘I’ll give him a ballad,’ and I wrote ‘Rain Song,’ which appears on House of the Holy. In fact, you’ll notice I even quote ‘Something’ in the song’s first two chords. — Jimmy Page

Watching this video makes me wish I were there. The crowd was treated to an epic live performance by the rock gods themselves. Incomparable!