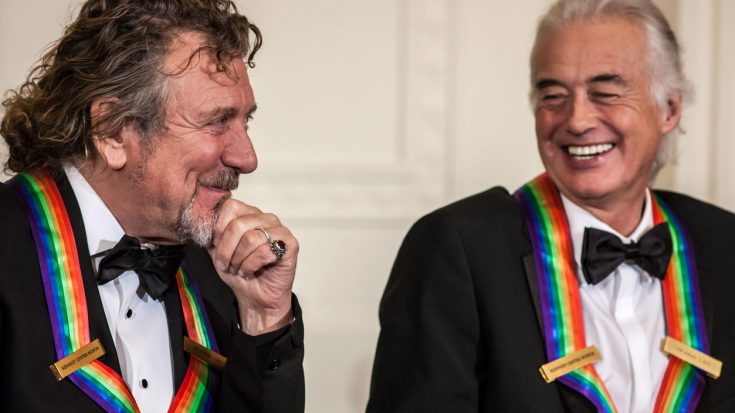 We love “Stairway To Heaven”. It’s an absolute masterpiece of a song and the lore surrounding Led Zeppelin’s magnum opus is enough to keep you up at night – but on January 23, 1991 fans in New Mexico were kept up all night by this Page/Plant creation for another, completely absurd reason and it’s one we don’t know whether or laugh or cringe at.

Let’s rewind. KLSK-FM owner and general manager John Sebastian, in a bid to draw attention to the station’s switch from new age to classic rock music, came up with the idea to spin Led Zeppelin’s “Stairway To Heaven” for a solid 24 hours. Great if you like Led Zeppelin, but somewhere around the…I don’t know, 10 or 15th time listeners heard Jimmy Page’s guitar solo, something started to seem a little off.

All sorts of off the wall conspiracy theories began circulating, varying from the DJ suffering from a heart attack all the way to Saddam Hussein sending terrorists to take the station hostage. The police were called out twice in 24 hours but ultimately, the stunt and all of the furor it caused proved to be worth it as Sebastian saw his station’s ratings skyrocket, putting KLSK-FM on the map as one of the state’s premiere classic rock stations.

Needless to say, we’d totally understand if no one in New Mexico ever wanted to hear “Stairway To Heaven” again.