They Sang ‘Hallelujah’ At Yesterday’s Telethon. By The Time They Finished? Not A Dry Eye In The Room 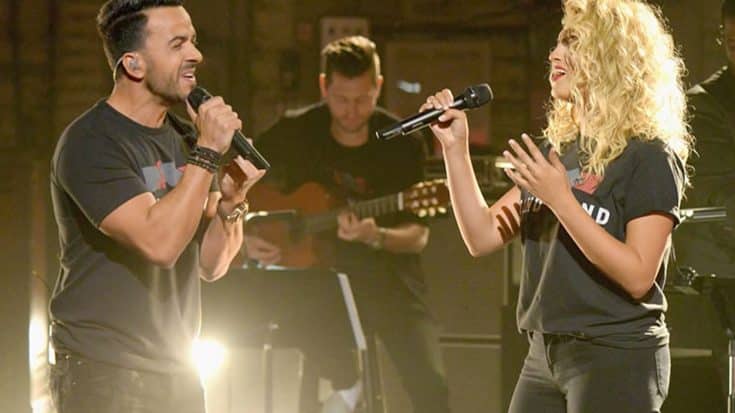 It may be the biggest song in the world, but Luis Fonsi’s global hit “Despacito” was the furthest thing from anyone’s mind during last night’s Hand In Hand telethon when the 39-year-old singer-songwriter joined American Idol alum Tori Kelly for a cover of Leonard Cohen’s “Hallelujah”. Organized by Scooter Braun and rapper Bun B, the Hand In Hand telethon raised more than $40 million dollars in hurricane relief for those whose lives have been impacted by the effects of Hurricanes Harvey and Irma, bringing together the music and film industries’ best and brightest for a night of music and charity.

The highlight of the evening came after the event’s “Hand in Hand” prayer when Kelly, 24, took the stage and launched into a cover of Leonard Cohen’s “Hallelujah” before being joined by Fonsi for the second verse, done entirely in Spanish; the pair made for quite the vocal powerhouse, quickly reminding viewers in the audience and at home why they’re widely regarded as two of the biggest global talents to emerge over the last two decades.

By the time the final note rang out following a explosive vocal showcase from both Kelly and Fonsi, there wasn’t a dry eye in the house and for good reason: during one of the most traumatic and fiercely divided times in our nation’s history, “Hallelujah” was exactly what everyone needed. Check it out in the video below – we’re sure that after giving it a listen, you’ll be inclined to agree.