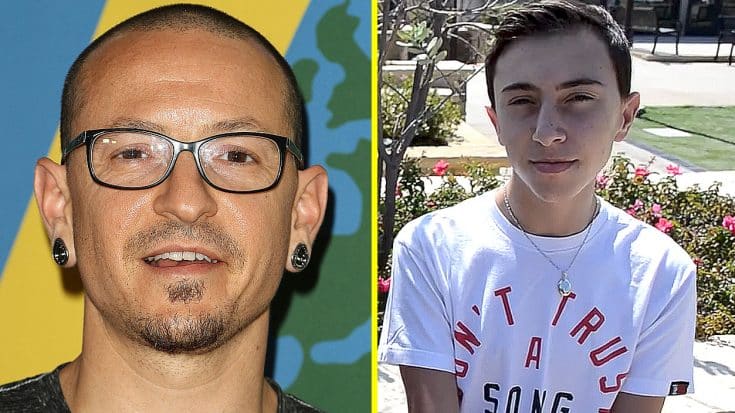 It’s been two months since Linkin Park singer Chester Bennington tragically took his own life and us fans are still healing from this tragic news. It truly goes without saying that Chester was, is, and always will be one of the most iconic and influential singers of his time. Lyrically, on stage, and in person he was as real as they came. Every single lyric of his spoke from the heart and was able to shed a light on the darkest of times in the lives of those who heard him. It’s simply an understatement to say that he will be missed.

Recently, Alternative Nation sat down with Chester’s son Draven and he opened up about his father’s death. He spoke about a great many things such as his last days with him, his grieving process, and much more. Draven even revealed the one thing he wished his father Chester had done before he died. Here is what he had to say.

“He was really good at hiding it. I saw him a week before, I would not even be able to tell one thing was different. I thought everything was going great. It was really difficult. After it happened, you kind of think if it was planned, because I was there the week before, that I got to see him and spend time with him. It’s really difficult when you’re in that moment to actually tell. I wish he had reached out more, and that he would have talked about it. He did a little bit, but then he’d cover it up a lot. He opened up, and then he starts changing his attitude. He started working out more, he seemed fit and really happy, he didn’t seem like he was as depressed as he was.”

He was also asked about his grieving process. “I like to process a lot on my own. I feel like it’s harder when mom is trying to help you process, because then she feels bad about it, and she cries too. You feel bad for making her sad about it too. I know if there was anything I really needed to talk about, if I was too depressed, something along those lines, I know I would go to her, but it’s sometimes easier to take a step back.”

It seems as if Draven and the rest of his family are coping well with their loss. Without speaking for them, it’s hard to simply move on from an event like this, but we hope and pray that Draven and his family can continue strong.