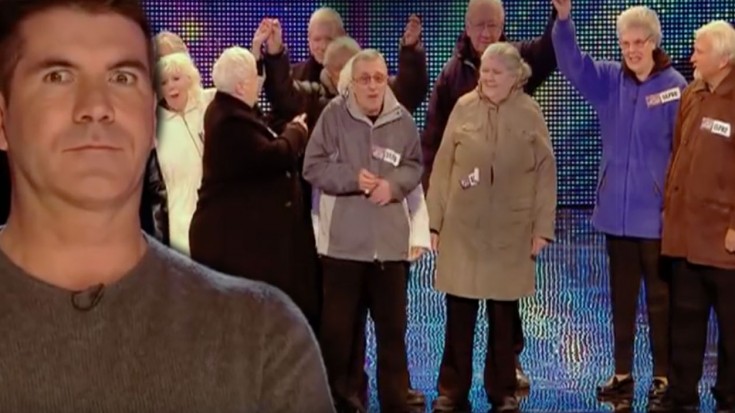 Meet the Zimmers! The world’s “oldest” rock group, the Zimmers, is made up of amazing, British citizens that still possess the love of rock, ages 75 and up!

A few years back they decided to appear on Britain’s Got Talent to prove their dedication to rock, but fooled the judges into thinking they were confused on stage, starting out with “What The World Needs Now Is Love.”

At first, of course, Simon is rude to the elders, rolling his eyes and trying to rush them…

When lead singer Grace starts to sing “What The World Needs Now” the audience is a bit rude, somewhat laughing at the performers…

The minute she gets to the lyrics “No, not just for some but for everyone. Looord…” the music gets cut and Grace looks quite confused!

The next thing you know this happens! Check it out!!!!!!