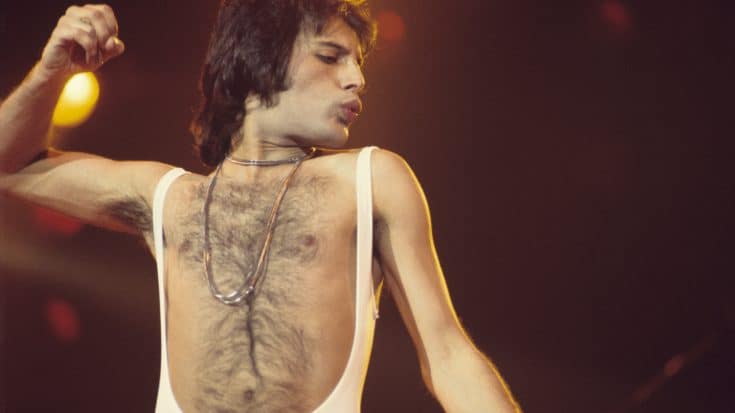 Freddie Mercury of Queen, performing at the Omni. (Photo by Tom Hill/WireImage)

A lot has been said about the late and great Freddie Mercury, but some fans still don’t know any of these details about the icon’s life. Take a look below.

His parents Bomi and Jer Bulsara were Parsi and had emigrated from their native India to Zanzibar, Africa, where the future Queen singer was born as Farrokh Bulsara. But Zanzibar is no longer a sovereign nation. The small island became a British territory for the first half of the 20th century then became an independent nation. Until eventually, Zanzibar and Tanganyika united, forming the modern nation of Tanzania. The Bulsaras fled the country when the revolution broke out and resettled in Feltham, England.

The Queen singer collected stamps as a kid

Britain’s Postal Museum says young Farrokh Bulsara had collected a pile of vintage stamps between the ages of 9 and 12 and now was turned into a touring exhibit. The reports suggest that Mercury was influenced to collect stamps by his father, Bomi, also an avid collector. After Mercury’s passing in 1991, Bomi auctioned off his and son’s collections, which have been seen everywhere from Prague to Australia.

Mercury and David Bowie met before one of them got famous

The two legends first met in 1969, a year before Queen was formed and when Bowie was still struggling professionally following a series of unsuccessful songs like “Love You Till Tuesday” and “The Laughing Gnome.” Bowie visited Mercury’s college to perform a concert and the soon to be Queen singer was fascinated and followed Bowie around campus. After Mercury graduated, he worked at a second-hand clothing stall in London and had Bowie as his customer. Mercury even gave him a pair of boots for free.

He is the one who designed the Queen’s logo

Freddie himself drew the logo, which represents the band members’ zodiac signs. Guitarist Brian May, a Cancer, has a crab seated atop the Q. Bassist John Deacon and drummer Roger Taylor, both Leos, are represented by roaring lions on either side of the letter, and Virgo Freddie Mercury has two seated fairies beneath those.

Mercury didn’t want to get his teeth fixed

The singer was convinced that his extra teeth were also responsible for his incredible voice because the extra space in his mouth pushed his jaw forward, increasing his range. Millers Music explained Mercury was able to shift wildly and quickly between low, mid, and high notes, but never slipping up, always hitting the exact note with laser-guided accuracy.

Freddie unknowingly helped The Sex Pistols get their fame

Queen canceled a scheduled appearance on “Today,” hosted by Bill Grundy, because Mercury had a dentist appointment. They were replaced by The Sex Pistols as a guest.

Mercury performed at the Royal Ballet in 1979

The singer joined Eagling for a charity ballet event in London in 1979. He said: “They asked me. They actually thought I could dance. So they asked me to do this charity concert.”

Freddie and Michael Jackson didn’t get along while recording together

The two icons teamed up to record three duets, “There Must Be More to Life Than This,” “Victory,” and “State of Shock” in 1983. However, it was reported that Mercury called his manager at one point and demanded he be pulled out of the studio. He said: “I’m recording with a llama. Michael’s bringing his pet llama into the studio every day and I’m really not used to it and I’ve had enough and I want to get out.” Jackson also had his own problems, especially with Mercury’s cocaine use in his house.

The Queen singer was an introvert

Mercury’s friends and family members, as well as others familiar with the offstage, and behind-the-scenes, described him as shy and thoughtful, rather than loud as what most people expect. Roger Taylor’s letter said of him, according to Mercy and Queen: “In real life, nobody knew Freddie. He was shy, gentle, and kind. He was never the one he was on the stage.”

The singer was self-conscious about his piano skills. Although, Piano Report points out, a lot of the Queen hits Mercury composed, such as “Somebody to Love,” “Killer Queen,” “We Are the Champions,” and “Crazy Little Thing Called Love” were composed on the piano. In fact, the first few seconds of “Bohemian Rhapsody” is considered to be the most instantly recognizable string of notes in piano history.

He kept his AIDS diagnosis private until the very end

Mercury was diagnosed with AIDS a year after the band’s iconic performance at Live Aid and the last show of Mercury with Queen. Brian May said: “We actually didn’t know what was wrong for a very long time. He just told us that he wasn’t up to doing tours, and that’s as far as it went.”

The day before the rock legend was gone, Mercury stated: “Following the enormous conjecture in the press over the last two weeks, I wish to confirm that I have been tested HIV positive and have AIDS.”